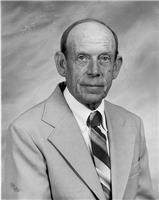 BORN
1942
DIED
2021
FUNERAL HOME
Carey & Son Funeral Home
216 East Main Street
Springfield, KY
Bruce Edward Welch, age 79, of Willisburg, KY, passed away at 10:35 p.m., Friday, November 12, 2021, at the Sayre Christian Village in Lexington.
A native of Washington County, he was born on April 2, 1942, to the late Henry Bond and Margie Helen Hardesty Welch.
He was a member of the Willisburg Baptist Church where he formerly served as the custodian and Sunday School Teacher. He was a 1960 graduate of Willisburg High School, a 1974 Graduate of the University of Kentucky and received his master's degree from the University of Kentucky in 1977. He was a retired school teacher having taught in Fayette County and was a substitute teacher in the Washington County School System for several years. He was a former member of the Willisburg Lions Club and was a United States Navy Veteran of the Vietnam War. For several years Bruce served as the secretary of the Evergreen Cemetery at Willisburg, during that time he collected much information on the cemetery history and especially of those that served in the United States Armed Forces during war and peace time. He was instrumental in the erecting of the veterans monument at the cemetery which represents all branches of service and those veterans that are buried there. Bruce spent countless hours researching information at the county courthouse and visiting families working on the archives of the cemetery and also collecting interesting facts of the community of Willisburg which allowed him to write a book on the History of Willisburg.
Survivors include his son, Brant Welch and his wife, Anne of Lexington and two grandsons, William Ryan Welch and Jacob Hayden Welch.
Funeral services will be held at 1:00 p.m., Thursday, November 18th at the Carey & Son Funeral Home with Rev. J.W. Hatfield, pastor of the Willisburg Baptist Church, officiating.
Burial will be in the Evergreen Cemetery at Willisburg where military rites will be conducted by the Marion County Veterans Honor Guard.
In lieu of flowers contributions may be made to the Willisburg Baptist Church.
Visitation will be after 10:00 Thursday morning at the Carey & Son Funeral Home.
Published by The Springfield Sun from Nov. 17 to Nov. 23, 2021.
To plant trees in memory, please visit the Sympathy Store.
MEMORIAL EVENTS
To offer your sympathy during this difficult time, you can now have memorial trees planted in a National Forest in memory of your loved one.
Funeral services provided by:
Carey & Son Funeral Home
MAKE A DONATION
MEMORIES & CONDOLENCES
0 Entries
Be the first to post a memory or condolences.