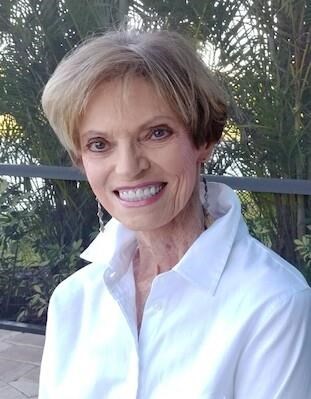 She was born August 25, 1947, in Muncie, the daughter of Fred and Faunelle (Barry) Morris. Cathy graduated from Muncie Southside High School in 1965 and attended Ball State University.

Cathy began her career at Indiana Bell Telephone and later was employed by Mutual Bank. In the 1970s, she began a career in broadcast journalism at WLBC Radio. Later she became News Director at WERK Radio. By the 1980s, Cathy returned to WLBC as a co-host and news anchor on the popular The Morning Show with Al Rent and Morry Mannies. Throughout the 80s, Cathy hosted the television programs, Inside/Outside and Encounter, on WIPB. Later, she became Director of Underwriting for WIPB. In addition to her talents and expertise in broadcast journalism, Cathy used her distinctive voice to record numerous radio and TV commercials, some of which were national in scope. Her newscasts and documentaries won many awards; however, all of her recognitions paled in comparison to the satisfaction and pride she felt in authoring the 2007 book, I'm a Perfectly Normal Kid Who Happens to Have Diabetes! Her book is still used in children's hospitals throughout the United States to educate families experiencing juvenile diabetes. During the last decade, Cathy utilized her unique voice to record thirty-one fiction and nonfiction audio books for Amazon.

In addition to her career, Cathy was very active in the Muncie community. She co-hosted several annual WIPB Telesales; was a board member of the Girl Scouts Council; featured in United Way campaign videos; and co-chair of the community's Millennium Campaign to raise funds for the construction of the IU Health Ball Memorial Cancer Center. Cathy's other interests included sewing, crafts, golf, biking, cooking, reading and interior design. She was also an active member of Delaware Country Club and Lakewood Ranch Golf and Country Club.

Due to Covid-19, Cathy's family has chosen private services for the immediate family and will announce a public Celebration of Life at a later date.

Online condolences may be directed to the family at www.meeksmortuary.com.


Published by The Star Press from Nov. 28 to Nov. 29, 2020.
To plant trees in memory, please visit the Sympathy Store.
MEMORIAL EVENTS
To offer your sympathy during this difficult time, you can now have memorial trees planted in a National Forest in memory of your loved one.
MAKE A DONATION
MEMORIES & CONDOLENCES
10 Entries
Jeffrey and Ryan. Your Mother and I were young friends and as years passed our high school years were divided between two schools. My husband, Jack and your mom attended Southside. I and several other students went to Muncie Central. We were all still friends but became more distant each day.
We always spent time with Jim and Cathy
at our class reunions. Jack and I always respected and admired both your parents. I believe you know what a special human being your Mother was and wanted you to know there are a multitude of of us out here whom you have never seen our face nor heard our name that feel the same. Take care of your Dad
Jack and Dee Dee Orrick
Jack and Dee Dee Orrick
Classmate
December 2, 2020
May the wonderful memories of Cathy Schrecongost give you comfort during your most difficult times. God Bless your family.
The Short Family
Mark Short
Friend
December 2, 2020
So sorry to hear of Cathy's passing. My sincere condolences to Jim and the family.
Rod Carpenter
Friend
November 29, 2020
Jim, so sorry for your loss. Cathy was beautiful in every way.
Carl Bratton
Acquaintance
November 29, 2020
One summer when I was growing up, Cathy became my "pretend" teacher. She and her neighbor friend formed a "little" school for a few kids in the neighborhood. I don't remember what we did at the 'little school', but I remember always having fun with Cathy as the teacher!
Brenda Manis
Neighbor
November 29, 2020
Jim, please accept my sincerest condolences for the passing of Cathy. She was a shining beacon for all in how she lived her life. What a great role model for young women to look up tp. We all will remember her strength, determination and positive attitude. My heartfelt sympathies go out to you and your family.