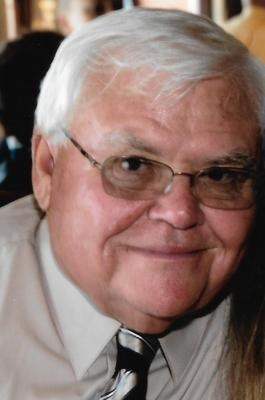 Muncie - Muncie-Charles H. "Chuck" Morris, 73, passed away Saturday afternoon, May 12, 2018, at the Indiana University Ball Memorial Hospital following a brief illness. He was born on October 10, 1944, in Kirklin, Indiana, the son of Fletcher E. and Clara E. (Baldwin) Morris.

Charles is a 1962 graduate of Clinton Central High School and later graduated from Ball State University in 1967 and married Pam (Martin) Morris in 1965 and she preceded him in death 2004, later he married, Janet (Loveless) Aul- Morris on February 18, 2006 in Las Vegas, Nevada and she survives. Mr. Morris had worked as a Purchasing Supervisor for General Motors for 36 years prior to his retirement in 1999. He and several others had started Muncie Mufflers Inc. and later worked for American Chevrolet Cadillac. Charles was honorably discharged from the United States Marine Corps as a Corporal having served during the Vietnam era.

Besides his first wife Pam Morris in 2004 he was preceded in death by, his parents; and one brother, William D. Bosley.

Funeral services will be held on Thursday, May 17, 2018, 10:00 A.M. at the Parson Mortuary with Celebrant Randy Swoveland officiating. Burial will follow at the Elm Ridge Memorial Park Cemetery with the U.S. Marine Corps providing Military Honors.

Memorial contributions may be made to American Diabetes Association 6415 Castleway W. Drive Suite 114 Indianapolis, IN 46250.Morris

Online condolences may be made to the family in care of www.parsonmortuary.com.

Linda Wagner
Linda Wagner
May 17, 2018
I would like to offer my sincere condolences to Charles' family, sorry for your loss. Jeremiah 29:11 assures us that God is thinking thoughts of peace towards us, to give us a future and a hope, may that bring you comfort in this time of sorrow.
May 15, 2018
Showing 1 - 2 of 2 results