BORN
1943
DIED
2021
ABOUT
Dreher High School
Albert Joseph Morganelli Jr.
July 17, 1943 - November 26, 2021
Irmo, South Carolina - Albert Joseph Morganilli Jr., 78, of Irmo, passed away on Friday, November 26, Born on July 17, 1943 in New York, although Al grew up in Columbia, SC. He graduated from Dreher High School and did continuing education in Public Relations and Marketing at USC. Later he received a certificate from North Carolina of Community Colleges in Basic and Advanced Firefighting, Flammable Liquids and Hazardous Materials as well as other areas, too numerous to mention, with the following: North Carolina Fire Rescue Training Center, Virginia Department of Education, North Carolina Fire College and the Georgia Institute of Technology, Charlotte FD Training Center, and University of North Carolina Extension Service in PR and Fire Service.
For the last fifty (50) years he was a volunteer Fire Fighter associated with Fire Apparatus and related safety equipment. Fire Fighter Safety was his most important issue and he promoted and served in various capacities among them are: Fire Department Service with Parkwood, NC -VFD as Assistant Chief, Irmo, SC VFD Training Officer, West Marion, Florida VFD Firefighter and in retirement sat on the Irmo Fire Foundation. He was a member of the National Fire Protection Association and sat on the Committee on Fire Department Equipment, Committee on Fire Service Occupational Safety and Health, Operating Technical Committee, Aircraft Reserve, and Firefighting Vehicles. He was a member of the International Society of Fire Service Instructors and Associate Member and Lecturer at the Fire Department Instructors' Conference. In business he consulted with various manufacturers among them, FMC Fire Apparatus Division where he served as Marketing and Sales Manager, Emergency One Fire Truck Manufacturers as National Sales Manager, and VP Marketing. Later Al was President and CEO of Morganelli & Associates in Deland, FL where he represented, Whelen Engineering, Havis Shields among others prior to his retirement and move back to South Carolina.
From 2008 to 2016 Al and his wife ran a Christian Non-Profit Ministry in the US: "His Promise Ministries" to support orphaned and vulnerable children at Home and Abroad. Al served as Executive director to the Board of Directors. Among the US Partners was "Thornwell Home for Children" Clinton, SC and the Namibia, African organization served was "Children of Promise Ministries". Hebrews 10:23" Let us hold unswervingly to what we profess for he who promised is faithful."
Survivors include his wife, Kathryn Morse Morganelli; daughter, Denise Morganelli Stewart (Jerry); sons, Albert Joseph Morganelli, III, Matthew O'Hara Howard (Ashby Chase); grandchildren, Kaitlyn K. Stewart, Alexandra Willard Gould (Ben), Maren Michelle Howard, John Bowen Howard, Laurel O'Hara Howard; brother, Dennis Ralph Morganelli (Suzette), John Warren Morganelli (Brenda); brother's in law, Robert J. Morse, and Daniel V Morse (Chris Wragg).
The funeral service for Al will be held at 11 o'clock on Saturday, December 4th at Seven Oaks Presbyterian Church 530 St. Andrews Road, Columbia, SC 29210 Pastors Jana Creighton and Alice Odell officiating. Reception will be held in Fellowship Hall immediately following the service. Burial will take place at Greenlawn Memorial Park, 7100 Garners Ferry Road, Columbia, SC 29209
In lieu of flowers, please make donations to either: Seven Oaks Presbyterian Church or Irmo Fire Department Foundation (Al Morganelli Tuition Reimbursement Program ) 6017 St Andrews Rd Cola SC 29212.

Published by The State on Nov. 28, 2021.
To plant trees in memory, please visit the Sympathy Store.
MEMORIAL EVENTS
Dec
4
Funeral service
11:00a.m.
Seven Oaks Presbyterian Church
530 St. Andrews Road, Columbia, SC
MAKE A DONATION
MEMORIES & CONDOLENCES
3 Entries
I was saddened to learn of Al's passing and he and Bob Barraclough were quite a team and they mentored me in the Fire Apparatus business and we had lots of laughs.. Deepest Condolences to his family, friends and colleagues!
John Witt
Work
November 28, 2021 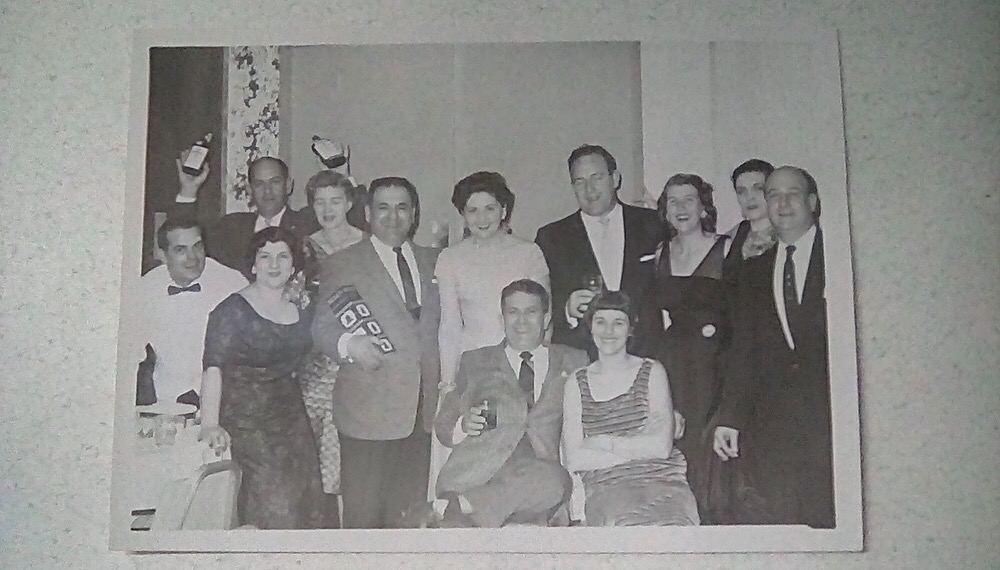 Our hearts ache for your loss, but for our loss too. We wish we could take the hurt away from you and his family, and from those who knew and loved Al too. Our families have a long and shared history together which spans as far back as the late 1940´s, at Saint Joseph Catholic Church; when the families who had relocated from New York City to Columbia, SC developed a life long friendships. A friendship that was so intertwined, their children referred to each of the parent as aunts and uncles. A connection between families that would flourish for years. No matter what the occasion we all celebrated together as one huge family. And, just like our parents love for one another, this love grew between each families´ children. Al was one of these children that was part of this interconnection of families. Al being the oldest he would watch over the young ones so we wouldn´t get into trouble. Safety was a big part of Al´s life and I believe it started early watching after us, that carved the path of what direction he would take in his career and be so successful. Al meant the world to me and my family. We loved him with all our hearts. Even as we are shedding tears for your loss, We are honored to remember one of the best people who was part of our lives too. Our prayers and deepest condolences go out to you and all your family. We truly hope that you find comfort in your family during these dark times. Please accept our deepest sympathies and condolences for the loss of such a wonderful man you were Blessed to have as part of your family. God truly Blessed your family and ours too from the very beginning by placing Al in all our lives. We will keep Al and his whole family in our thoughts and prayers. With Love, Marjorie and Donna Fusci
Donna & Marjorie Fusci
Friend
November 28, 2021
Kathy and family, May your hearts soon be filled with wonderful memories of joyful times together as you celebrate a life well lived. Al will always be remember
Tracey Wilkes
Friend
November 28, 2021
Showing 1 - 3 of 3 results