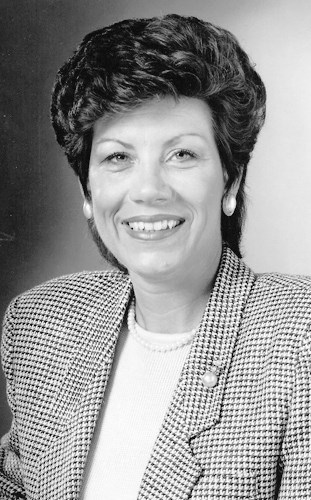 Cathy Blackburn Novinger CHERAW Cathy Blackburn Novinger passed away November 27, 2016 at her home in Cheraw, SC after a heroic battle with ovarian cancer. She was the CEO of Palmetto AgriBusiness Council and President and CEO of Novinger QTR, Inc. Born April 7th, 1949 in Portsmouth, Ohio; she was the daughter of Leona Collingsworth Blackburn and the late Donald Everett Blackburn. She is survived by her mother; her husband of 48 years, Robert L. Novinger; her son, Dr. Travis Novinger and daughter in law, Laurie Novinger; grandchildren, Taylor Novinger and Abbey Novinger; sister, Donna Blackburn Jumper and brother in law, Henry Jumper; niece, Cristie Russell; nephew, Tyler Russel (Sarah); great niece, Emma Grace Russell; and brother in law; Dean Novinger (Lisa). Cathy received her Business Administration Degree from Southeastern Business College and was a graduate of the Edison Electric Institute's Electric Utility Executive Management Program. She moved to her adopted city of Columbia, SC in 1968 where she went to work for SCANA Corporation as a file clerk and rose to Vice President at the early age of 32, retiring as Senior Vice President in 1999. Her career as a Senior Officer and Senior Public Policy Maker for SCANA included roles in economic development, communications, labor relations, governmental affairs, strategic planning, human resources and public relations. After retiring from SCANA, she was chosen to lead the state's new agribusiness association, Palmetto AgriBusiness Council and under her leadership for 16 years, the Council became a unified voice for South Carolina's largest industry of agriculture and forestry. It was also at this time she formed her consulting company, Novinger QTR, Inc. After her diagnosis of ovarian cancer and seeing the need to educate women about this deadly disease, Cathy founded an ovarian cancer organization, today known as the Ovarian Cancer Coalition of Central SC, which brings awareness to the symptoms and the importance of early detection. She served as the organization's Board chair since 2006. She began the Coalition's signature event, the Ovarian Cancer Butterfly Release which is held every September at the State House to honor and remember those affected by ovarian cancer. She became a symbol of inspiration and hope to women who were battling this disease. An advocate for improving the quality of life in her community, Cathy earned a lifetime of achievements and honors including: the University of South Carolina Honorary Doctorate Degree of Public Service, 2011 Humanitarian of the Year, 2010 Ag Advocate of the Year, 2010 West Metro Chamber Lifetime Achievement Award, 2006 Ambassador of the Year, 1999 Order of the Palmetto, SC Historical Foundation Society Businesswoman of the Year, SC Schools Public Relations Association Outstanding Leader in Education, Ohio Council of Colleges Outstanding Private Career Graduate, SC Business & Professional Women's Career Woman of the Year, Columbia Metropolitan Magazine's Five Women of the Decade and Midlands Top 25 Influential Leaders. During her professional career, Cathy served on numerous Boards and Commissions including; Midlands Business Leadership Group, Advocated for Agriculture, SC Chamber of Commerce Board of Directors, SC Office of Rural Health Board, SC State University Board of Trustees USC School of Medicine Partnership Board, SC State Board for Technical & Comprehensive Education (past chair), Greater Columbia Chamber of Commerce Board of Directors (past chair), Lexington Medical Center Foundation Board, SC Civil Justice Coalition (past chair), SC Department of Commerce Executive Committee, Midlands Housing Alliance (past chair), The River Alliance Executive Committee, USC Dean's Council-College of Hospitality, SC Research Authority Board of Trustees (past chair) and Cultural Council of Richland and Lexington Counties (past chair). On the national level, she served on the White House Council on Rural America as chair, Southern States Energy Board Utility Advisory Council, the U.S. Business & Industry Council Board of Trustees and the Junior Achievement National Liaison. Cathy lived her life devoted to her God, her family and her community. As much as she loved her work, she loved her family even more. Her legacy will live on in the paths she has blazed, the many lived she has impacted and her profound sense of service to others. We will miss her goodness and grace. The family would like to thank Dr. Greg Konduras, Lexington Family Practice; the staff at SC Oncology Associates, especially Dr. Terry Smith and Dr. William Merritt and nurses, Kathy Chavis and Mary Leitch; Ultra Med Plus, Cheryl Evans; Gentiva and the staff at Embrace Hospice, especially Jamie Perkins, Cathy's Administrative Assistant, NRS Sandy Boozer and the Eleventh floor Palmetto Health Richland. Funeral service will be held Sunday, December 4, 2016 at 3:00 p.m. at Trinity Baptist Church, 2003 Charleston Highway, Cayce. Burial will be in Elmwood Cemetery, Columbia. A visitation will be held Saturday, December 3, 2016 from 5:30 p.m. until 8:00 p.m. at Trinity Baptist Church. In lieu of flowers, memorial may be made to the Ovarian Cancer Coalition of Central SC, 602 Meeting Street, Suite B, West Columbia, SC 29169. Family and friends may sign the online guest book at www.thompsonsfuneral.com. 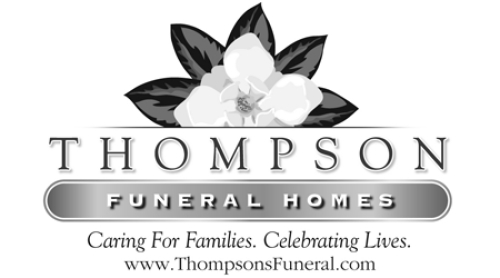 To plant trees in memory, please visit our Sympathy Store.
Published by The State on Nov. 29, 2016.
MEMORIAL EVENTS
No memorial events are currently scheduled.
To offer your sympathy during this difficult time, you can now have memorial trees planted in a National Forest in memory of your loved one.
MEMORIES & CONDOLENCES
29 Entries
My sincerest condolences to the Novinger and Blackburn families. I am so saddened by Cathy's passing Cathy and I were High School friends. She was so much fun and always had a wonderful smile.

Donna Watters Oddie
Wallingford Ct.
December 4, 2016
I feel so blessed to have worked so closely with Cathy. Every thing she did she gave 150%. She was so galant in her battle with cancer, never giving up. What a gift she was to so many.
Connie Smith
December 4, 2016
Thank you for all that you did for the homeless of the Midlands and for forming Transitions. The Midlands is better for Cathy. We will miss you. God bless the Novinger Family.
Craig Currey
December 3, 2016
Our thoughts and prayers are with you during this difficult time. Praying for strength , peace, and comfort . God bless.
Nancy and Bill Chastain
December 3, 2016
To all of the family my prayers and thoughts are with you all. Cathy was and will always be an inspiration in my life. God gained an Beautiful Angel. RIP in Peace my friend. Your battle is over.
Suzanne Strickland
December 2, 2016
Cathy was my friend and mentor for over 35 years. She always had a kind word and a thoughtful person; a fighter to the end. It was an honor to know her and work with her throughout the years. Dear Family, I know you will miss her deeply... she loved her family.
Roxie Williamson
December 2, 2016
Remember Cathy from our hometown of Portsmouth OH. She was a cheerful, caring and sweet gal. Blessings and prayers for her family's comfort.
Barbara Jewett Callihan
December 2, 2016
Cathy was a remarkable lady. I have known her since she was 7 or 8 years old. Always so happy and loved people. She will surely be missed by all that knew her. She is an angel in Heaven now. Prayers for Bob and her Mother, may god help them thru this but they do have the best memories of Cathy, RIP my sweet lady.
Patti (Donnally) Nardis
December 1, 2016
Bob, Travis, Pete and Donna I just want you to know how thankful I am that this incredible lady was a part of my life. During my career with SCANA I reported directly to Cathy. I learned early on that the only thing she couldn't understand or accept was why something could not be accomplished. Her response was always "we will just have to find a way." This same determination and sense of commitment was evident in the many quality-of-life improvements she helped make possible in our community and state. This is a personal loss for me. I pray the lord will bring comfort to your family.

Jo Ann Butler
December 1, 2016
Praying God's peace and strength for all of you during this sad time. What a wonderful Christian wife, Mother and friend! Loved reading about how she lived her life here on Earth! What a great witness! What a reward she must have received when she entered Heaven!!
Mary Lynn Watkins
November 30, 2016
I grew up with Cathy in Portsmouth, Ohio. She was a very special person. I had the chance to see here at her home a couple of years ago in Columbia.We had a reunion with some of our friends from Ohio, what a great time.We will keep your family in our prayers.
Richard Staten
November 30, 2016
Always a role model for business women in South Carolina. Always an inspiration to me. I'm sending prayers up to heaven for the family.
Elaine Gillespie
November 30, 2016
I knew Cathy just a short while, but was so impressed with her kind personality, and spirit. She will be greatly missed!
JoLinda Creech
November 30, 2016
As classmates and friends of Cathy, we will always remember her wonderful warm smile and amazing personality..she will sadly be missed by all that knew her
Liz McNeer
November 30, 2016
Sorry for your loss you are all in our prayers we love you
Elaine Rhyne
November 29, 2016
Cathy was a childhood friend where we grew up in Portsmouth, Ohio. She was a sweetheart and a real pal. I am sure she is singing in the angels choir.
David Shonkwiler
November 29, 2016
Dr.Novinger and family,sorry to hear about your mom. We will keep you in our thoughts and prayers.
Jimmy and Libby Pigge
November 29, 2016
My thoughts and prayers are with Cathy's family. She made an impact on me early in my professional career and was an inspiration to me both professionally and personally as I met her just as a loved one had been diagnosed with ovarian cancer. May peace be with her family.
Katie Elliott
November 29, 2016
Dear Bob, Travis and Family, So very sorry to learn of Cathy's illness and passing. She was such a genuine, kind and caring lady. Her sense of humor was next to none! Proud to have known Cathy. May the presence and comfort of God surround you all. Our sincerest condolences,
Connie Meek and KC Slagle
November 29, 2016
Bob and Family,

You are in my thoughts and prayers. Cathy was a great leader and a friend and will be missed greatly. She fought a long, hard battle and never complained. My deepest sympathy.
Margaret Mathias
November 29, 2016
So sorry for your loss.
Dr. Farooq Qureshi
November 29, 2016
I am so sorry for your loss. Cathy was such a wonderful role model. What a leader! She was not only a great boss to me at SCANA, but also a friend. I will miss her, as will all those who had the privilege of knowing her. She touched so many lives. Bob - may the Lord give you and the entire family comfort and peace.
Fay Carey
November 29, 2016
Dr. Novinger and Family,
I am so sorry to hear of your Mother's passing!
I had the pleasure of meeting your Mother at Market Street Gifts in Cheraw. She was a very Sweet Lady and I always enjoyed visiting with her.
Sue Jones
November 29, 2016
May your heavy hearts be replaced with loving thoughts that can never be erased. "To live in the hearts and minds of those we leave behind is never to have died."
Anthony Gemano
November 29, 2016
All are in our prayers. So sorry for your loss. Bob and Jane Kiser.
November 29, 2016
WHAT AN ANGEL GOD WILL RECEIVE.....NEVER KNEW SUCH A FIGHTER AND SURVIVOR LIKE Kathy. NO MORE DRUGS...CANCER..TREATMENTS. SO PRIVILEGED TO SAY SHE WAS A PART OF MY LIFE
November 29, 2016
Bob and Family,
We are so sorry for your loss. Our thoughts are with you.
Skip & Patti Gill
November 28, 2016
Pete, Bob, Donna Jill, we are saddened by your loss but not as they who have no hope. We remember that day she met her Savior.
Bill and Nancy Bright
Bill and Nancy Bright
November 28, 2016
Bob,