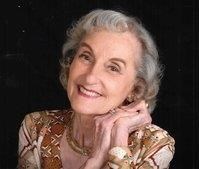 BORN
1930
DIED
2021
Marilyn Price Maddox
May 23, 1930 - April 21, 2021
West Columbia, South Carolina - Marilyn Alpha Price Maddox, widow of Dr. Charles Jefferies ("Chuck") Maddox, died April 21, 2021 at her home at Still Hopes Episcopal Retirement Community in West Columbia. She was a resident of Rose Gardens memory care for almost three years.
Marilyn was born in Mullins, South Carolina on May 23, 1930, the second daughter of James Lonzo Price and Flossie Lucile Sellers. She was predeceased by her parents and her older sister, Bernice Price Turnipseed Story. She is survived by her sons Charles Jefferies Maddox, Jr. (Cynthia) of Irmo and James Price Maddox (Nancy) of Florence, and her grandson Samuel Pearce Maddox (Bailey) of Columbia.
After graduating Mullins High School in 1946, she attended Limestone College in Gaffney. A member of Phi Beta Kappa Honor Society, she graduated summa cum laude in 1950 with degrees in English and French. While there she met Chuck Maddox, and they married on December 30, 1950 in Mullins. That same year Chuck had graduated Clemson in animal husbandry, and they moved to Athens to attend the University of Georgia. She earned her master's degree in English in 1956. They settled in Sumter where they were active members of First Baptist Church, Sumter Executive Club, and the Sumter Jaycees. She worked in his veterinary practice until his untimely death in 1965.
For the next several years, she taught English in the public schools and business writing at Sumter TEC, directed the Sumter County Tuberculosis Association, and managed the office at Pineland Plantation Farms and Golf Course.
In 1971 she began work at the U.S. Department of Housing and Urban Development, and for the next twenty years commuted to Columbia. She held several positions at HUD and was Branch Chief for Assisted Housing at her retirement in 1991. In 1978, she was awarded a sabbatical year for study at the University of Virginia in Charlottesville where she completed a Master's in Public Administration (ABT).
The foundation of her life was her service to the church. During her more than forty years at First Baptist Church Sumter, she served on and chaired various committees, and began and taught the Sunday School class for married young adults. When she moved to Columbia and joined Kathwood Baptist Church, she served as a deacon and continued to teach. In all she taught Sunday School classes for more than fifty years.
Marilyn had a pioneering spirit and often broke new ground in her pursuits. She was the first in her family to earn baccalaureate and graduate degrees. Her master's thesis on the works of Julia Mood Peterkin was the first critical scholarship on her writings, and her interviews with Peterkin were the first the Pulitzer Prize-winner granted at her home. She was the first woman appointed to serve on the Board of the South Carolina Baptist Convention.
Marilyn had a profound love for music. She grew up with the 1940s big bands and studied voice and piano in college. She sang alto in the First Baptist choir, and on Saturday afternoons studied that week's Sunday School lesson while listening to the New York Metropolitan Opera radio broadcast. She attended the Sumter-Shaw Community Concert Series religiously, and later supported the SC Philharmonic and USC orchestras. Music was essential to life for her, and it provided a unique strength and solace.
She was an immensely disciplined person and had high standards in all that she did. She also had a generous nature and a gift for hospitality. Her home was always open, and she frequently hosted her Sunday School classes for dinners and parties. She was no stranger to loneliness and knew the importance of making others feel welcome. Although she encountered real adversity, she used her experiences in serving those she taught and mentored.
A graveside service is planned for Sunday, May 16 at 3 pm at Evergreen Memorial Park, 802 N. Guignard Drive, Sumter, SC 29150. A memorial service will be held at Kathwood Baptist Church, 4900 Trenholm Road, Columbia, SC 29206 at a later date.
The family would like to thank the staffs of Still Hopes Rose Gardens, Still Hopes Solutions, and Prisma Health Hospice for their kindness and compassion. We are especially grateful to Edwana, Desiree, and Greta for their loving care and attention to Marilyn during her time in Rose Gardens.
In lieu of flowers, the family requests that memorial gifts be made to Kathwood Baptist Church, PO Box 6486, Columbia, SC 29206, or to the Still Hopes Employee Appreciation Fund, 1 Still Hopes Drive, West Columbia, SC 29169.
Family and friends may sign the online tribute wall at www.southcarolinacremation.com.

To plant trees in memory, please visit our Sympathy Store.
Published by The State on May 12, 2021.
MEMORIAL EVENTS
May
16
Graveside service
3:00p.m.
Evergreen Memorial Park
802 N. Guignard Drive, Sumter, SC
MEMORIES & CONDOLENCES
1 Entry
Jeff & Price, we are so sorry to hear of Marilyns passing. We have such fond memories of growing up with your family. Please know that y’all are in our prayers during this difficult time❤
Kim English Mainer
Family
May 13, 2021
Showing 1 - 1 of 1 results