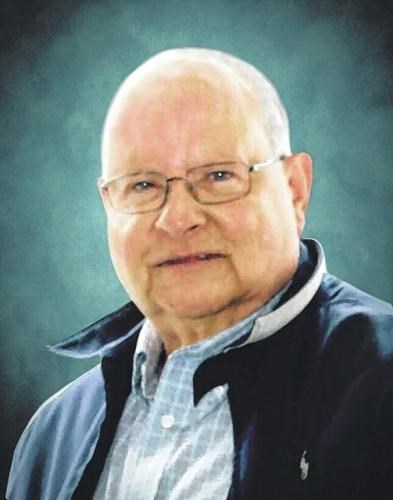 Jerry was born February 15, 1944 in Forsyth County to Verla Mae Smith Stephens and Marion 0. Stephens. Jerry lived in Walnut Cove all his life.

He graduated from Walnut Cove High School in 1962 and received a degree from Draughons Business College in Winston-Salem. He started his work career as an accountant with JP Stevens in Greensboro. That long drive everyday encouraged him to change career paths and he accepted a job with Northwestern Bank in Walnut Cove. A few years later he accepted an offer with Peoples Bank of NC which was just being organized and he opened the Walnut Cove office soon after. Peoples Bank was later acquired by First Citizens and Jerry worked there for over 20 years, retiring from Old North State Bank in January 1996 as an executive vice president with a total of 31 years in banking. During his banking career, he was instrumental in keeping the banks he worked for in compliance with government controls and assisted numerous customers, commercial and individuals, with loans and other bank services. After retiring, he pursued local interests with a partner and they also built duplex apartments in the Stokesburg community of Walnut Cove.

Jerry married Sarah Frances Hawkins on January 24, 1970 and they enjoyed 45 years together.

During that time they had two special pet dogs, Lucie and BenGee. They enjoyed traveling, especially since retirement, and have visited Europe twice, many of the Caribbean Islands, Bermuda, as well as most of the US states. They had just returned from Alaska when Jerry became ill. He enjoyed playing Canasta and Rook. He also enjoyed attending auctions and estate sales looking for antiques and collectibles. He was an active member of Walnut Cove Rotary Club for several years and a past treasurer and board member of the Walnut Cove Fire Department.

Jerry attended St. Mark United Methodist Church, Germanton, NC. He was a trustee and completed several projects for the church. As with everything Jerry undertook, his work for the church was thorough, accurate and timely. He honored his mother with love and devotion and being sure her needs were met until her death in 2004. He had a kind and generous heart, although not a healthy one in recent years.

He is survived by his wife, Sarah, a brother -in-law, John (Patty) Hawkins, precious nieces, Megan H. (Alex) Yontz and Paige Hawkins, goddaughter Ann Parks Manning, several cousins, especially Phil (Pam) Joyce and Mary Ann (Mike) Barsness and numerous friends who have shown so much love and support for Jerry and Sarah during his illness.

A 2:00 p.m. Memorial service will be held Sunday, July 26th 2015 at St. Mark United Methodist Church, with Rev. Bill Baird officiating. The family will receive friends following the Memorial service and other times at the home.

Sarah would like to express her appreciation to the excellent staff of doctors, nurses and support staff at Forsyth Hospital for the care and compassion Jerry and she received during his stays in the emergency department, cardiac intensive care and palliative care units as well as Dr. Michael Drucker of Winston-Salem Cardiology and Dr. Peter Jung of Mountainview Medical in King who have guided his health care for several years.

Online condolences may be offered at www.burroughsfuneralhome.com.

Burroughs Funeral in Walnut Cove is serving the Stephens family.

To plant trees in memory, please visit our Sympathy Store.
Published by The Stokes News from Jul. 30 to Jul. 31, 2015.
MEMORIAL EVENTS
No memorial events are currently scheduled.
To offer your sympathy during this difficult time, you can now have memorial trees planted in a National Forest in memory of your loved one.
Funeral services provided by:
Burroughs Funeral Home
MAKE A DONATION
Please consider a donation as requested by the family.
MEMORIES & CONDOLENCES
0 Entries
Be the first to post a memory or condolences.