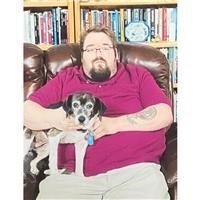 BORN
1985
DIED
2021
FUNERAL HOME
Click Funeral Home
11915 Kingston Pike
Farragut, TN
Andrew Charles Inglis
Date of Birth: 3/26/1985
Date of Death: 9/18/2021
City: Knoxville
Andrew Charles Inglis, 36, of Knoxville went to be with our Lord and Savior Saturday, Sept. 18, 2021 suddenly after suffering a cardiac arrest at Parkwest Medical Center in Knoxville.
Born March 26, 1985 at Norwood Hospital, Andrew grew up in Mansfield, MA and graduated from Mansfield High School in 2003; where he was a member of the football and track teams. He subsequently received a scholarship from the Grand Lodge of Masons in MA and graduated from Pellissippi State Technical College and the University of Tennessee where he received a BS Degree in Logistics with a concentration in International Business. He was confirmed as a member of the Congregational Church in Mansfield, MA and had participated in a Habitat for Humanity home building project in MA, as well as the Extreme Makeover: Home Edition in Knoxville. He was also an Eagle Scout from Troop 51 in Mansfield. He was employed by Kroger, where he had just received notification of a promotion the day prior to his sudden passing.
Andrew is survived by his parents, Ian Charles and Janice Lynn Inglis of Farragut, TN and his beloved brother, James Ian with whom he lived in Knoxville, as well as many relatives in Scotland and New England. Andrew and James both shared a love of concerts, music festivals, collecting Funko Pops, old cars, model railroads and their beloved dog, Delilah. Andrew was also an avid fan of pro wrestling and New England sports teams.
Family will receive friends 5-7PM Wednesday at Click Funeral Home Farragut Chapel, 11915 Kingston Pike. Please come casual and wear bright colors. A private graveside service will be at Concord Masonic Cemetery, Concord, TN.
In lieu of flowers, donations in Andrew's memory may be made to the American Heart Association or the charity of your choice.
Published by Sun Chronicle on Sep. 21, 2021.
To plant trees in memory, please visit the Sympathy Store.
MEMORIAL EVENTS
Sep
22
Visitation
5:00p.m. - 7:00p.m.
Click Funeral Home Farragut Chapel
11915 Kingston Pike, Farragut, TN
Funeral services provided by:
Click Funeral Home
MAKE A DONATION
Please consider a donation as requested by the family.
MEMORIES & CONDOLENCES
Sponsored by Click Funeral Home.
4 Entries
Dear Inglis Family: I was so sorry to read of Andrew´s passing. I have fond memories of the Inglis boys in Little Hornets. You´re in my thoughts and prayers.
Gretchen Maurer
September 27, 2021
We had the joy of watching Andrew grow up from a Cub Scout to his High School graduation. Always helpful, and a beautiful smile. So sorry to read this . Our deepest condolences to all of you
Richard & Jean George
September 21, 2021
May your memories of the wonderful times you shared with your loved one comfort you and your family, today and always.
American Heart Association
September 21, 2021
So very sorry to read of Andrew's Passing. You are all in our thoughts and prayers.
Larry and Mary Ann Zonenshine
Friend
September 21, 2021
Showing 1 - 4 of 4 results