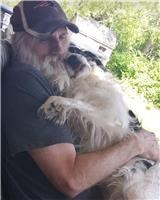 Born in Woonsocket on April 27, 1958, he was a son of the late Theodore and Doris (Dunton) Brothers. Donald was raised in Wrentham and educated in Wrentham schools. He worked in the King Philip Middle School for many years. He was an avid fisherman and gardener. He also loved animals.

He was the brother of the late Thomas Brothers.

Relatives and friends are invited to attend visitation on Saturday, September 4th from 4-7 PM in the RJ Ross Funeral Home, 135 South Street, Wrentham.

In lieu of flowers, donations in his memory may be made to: mspca.org.