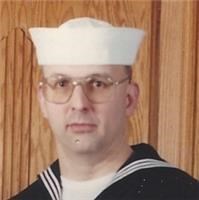 James H. Valequett, age 65, of Seekonk, formerly of Attleboro, passed away peacefully, surrounded by the embracing love of his family on Thursday, November 4, 2021 at Miriam Hospital in Providence. He was the beloved husband of Heather A. (Hawksley) Valequett.

Born in Attleboro, MA on September 9, 1956, he was a loving son of the late Oscar H. Valequett, Jr. and the late Lillian V. (Fuller) Valequett Stone.

Jim grew up in Norton and was a 1974 graduate of Norton School. Later in life, he proudly served his country as a member of the United States Navy. At the present time, he was the General Manager of Old World Cobble in Swansea, a company he treated as his own for over twenty years. He had previously been employed at the William S. Simpson Company in South Easton.

A member of the East Bay Baptist Church in East Providence, Jim could best be described as an unselfish man whose cherished family and others always came first. Throughout the years, he fostered many children, giving them a quality of life and affection that was second to none.

Jim kept up on current affairs and was never afraid to express his political views. He was an avid reader, found great comfort in reading the bible and for fun, reading comic books. His hobbies included collecting various articles, writing, tracing family history and English literature.

Relatives and friends are cordially invited to attend a committal service with military honors on Saturday, November 20th at 12:00 P.M. at the Norton Common Cemetery, West Main Street (Route 123) in Norton.

A memorial service in celebration of his life will follow at 1:00 P.M. at the Unitarian Congregational Church, 2 West main Street (Corner of Route 123 and Route 140) in Norton.

Those wishing may remember Jim with a donation in his memory made to the East Bay Baptist Church, 10 James Street, East Providence, RI 02914

Arrangements are under the care and direction of the Norton Memorial Funeral Home, 19 Clapp Street, Norton.

To send his family a message of condolence, please visit www.nortonmemorial.com
Published by Sun Chronicle on Nov. 17, 2021.
To plant trees in memory, please visit the Sympathy Store.
MEMORIAL EVENTS
Nov
20
Memorial service
1:00p.m.
Unitarian Congregational Church
2 West main Street (Corner of Route 123 and Route 140), Norton, MA
Nov
20
Committal
12:00p.m.
Norton Common Cemetery
West Main Street (Route 123), Norton, MA
Funeral services provided by:
Norton Memorial Funeral Home
MAKE A DONATION
MEMORIES & CONDOLENCES
Sponsored by Norton Memorial Funeral Home.
2 Entries
Jim was my "big brother" when we worked together at TPC Technical Plastics Corporation across from Haywood Field in Attleboro. At the time of this memory I was living in Warwick, RI. Snow was falling and Jim followed me to the 195/95 split to make sure I was okay going through Providence. I saw him years later one night at Healthtrax gym. Many memories of what a good friend he was to me.
Linda (Kohler) Lucini
November 19, 2021
All our love and sympathy to Heather and family. Spencers loved you Jim
Marita
Friend
November 19, 2021
Showing 1 - 2 of 2 results