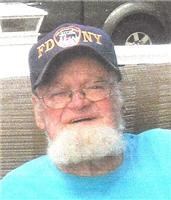 Joseph W. Haggerty, age 82, of Norton, passed away unexpectedly on Thursday, September 9, 2021 at the Sturdy Memorial Hospital in Attleboro. He was the beloved husband of the late Rita A. (Pliner) Haggerty, who died on June 6, 2011.

Born in Boston, MA on November 8, 1938, he was a loving son of the late Daniel and Elizabeth (Spencer) Haggerty.
Joe grew up and was educated in Boston. Prior to retiring, he had been employed for many years as a truck driver for several office furniture companies.

Mr. Haggerty had made his home in Norton for the past forty years and was a former resident of Dedham. He loved spending time amongst family and friends and was a daily fixture at Cumberland Farms and Dunkin Donuts in Norton.

Joe was a true car enthusiast and attended and participated in many area car shows. He also enjoyed time spent walking at Castle Island in South Boston, which was always followed with a stop at Sullivan's Hotdog Stand. His other hobbies included fishing, attending flea markets and trips to area casinos. Another of Joe's favorite pastimes was the simple pleasure of relaxing at home with his cat "Freshy" and sitting on the porch, reflecting on the good old days, while enjoying a good cigar.

His funeral service will be held on Tuesday, September 14th at 11:00 A.M. at the Norton Memorial Funeral Home. Burial will follow at the Timothy Plain Cemetery in Norton.

In lieu of flowers, Joseph's family has requested that donations in his memory be made to the Nine Lives of Norton Feline Rescue Shelter, 84 Hill Street, Norton, MA 02766