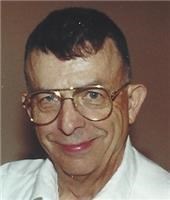 BORN
1939
DIED
2021
ABOUT
Walpole High School
FUNERAL HOME
Norton Memorial Funeral Home
19 Clapp Street
Norton, MA
Louis Coburn, Jr., age 82, of Norton, passed away peacefully, surrounded by his loving family on Wednesday, November 17, 2021 at the Sturdy Memorial Hospital in Attleboro. He was the beloved husband of Patricia A. (Ferguson) Coburn, to whom he was wed for fifty-one years.

Louis grew up in East Walpole, was a 1957 graduate of Walpole High School, a 1961 graduate of Wentworth Institute, and served his country as a member of the Massachusetts National Guard. He had made his home in Norton for the past fifty years, and prior to retiring, had been employed for thirty-eight years as a Tool Design Engineer at the Foxboro Co.

Mr. Coburn loved his family dearly and was a jack of all trades, who had the knowledge and ability to build or fix just about anything. He was a member of the Trinitarian Congregational Church in Norton, the Odd Fellows Lodge in Walpole and along with his love for camping, was a member of the Apache Campers Club.

Louis's other hobbies included being a ham radio operator and was well known for videotaping Norton Town Events, as well as church events. He also enjoyed playing golf, bowling and when younger, teaching the youth his wisdom of scouting as a Boy Scout Leader.

A service in celebration of his life will be held on Saturday, December 4th at 2:00 P.M. at the Temple Baptist Church, 540 Manley Street in West Bridgewater.

To send his family a message of condolence, please visit www.nortonmemorial.com
Published by Sun Chronicle on Nov. 29, 2021.
To plant trees in memory, please visit the Sympathy Store.
MEMORIAL EVENTS
Dec
3
Graveside service
2:00p.m.
East Walpole Cemetery
1080 Pleasant Street, East Walpole, MA
Dec
4
Celebration of Life
2:00p.m.
Temple Baptist Church
540 Manley Street, West Bridgewater, MA
Funeral services provided by:
Norton Memorial Funeral Home
MAKE A DONATION
Please consider a donation as requested by the family.
MEMORIES & CONDOLENCES
Sponsored by Norton Memorial Funeral Home.
2 Entries
To the Coburn Family, I am so very sorry for the loss of Louis. I hope with time your memories of him will bring a smile to your face.
Marion Rosenfield (PCGI)
December 1, 2021
So sorry to hear of Lou's passing. I played golf in the Foxboro league with Lou for many years. He was a great guy, loved by everyone. He always had a smile on his face. He will be missed
John Mansfield
November 30, 2021
Showing 1 - 2 of 2 results