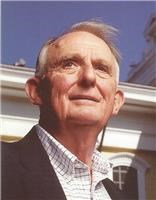 BORN
1933
DIED
2021
FUNERAL HOME
Norton Memorial Funeral Home
19 Clapp Street
Norton, MA
Paul Christian Helmreich, 87, passed away on June 10, 2021 at the Hope Health Hospice Center in Providence, Rhode Island. The cause was heart failure. Mr. Helmreich was born in Brunswick, Maine on July 13, 1933, the son of Ernst C. and Louise Roberts Helmreich. He graduated from Brunswick High School in 1951 and Amherst College, cum laude, in 1955. At Amherst he majored in history, played trombone in the college band, and was a four-year member of the swimming team, receiving the Tug Kennedy Award for sportsmanship, leadership and ability in his senior year. Subsequently he received an MA in 1957 and a Ph.D in 1964, both in history, from Harvard University.

While at Amherst he met his future wife, Dorothy Lee Heise, who was an undergraduate at nearby Smith College. They were married in August, 1956, living first in Cambridge and then Belmont, MA. In 1961 they moved to Norton, MA, where Paul had been a member of the faculty at Wheaton College since 1957. He continued to teach courses in 19th and 20th century European history, Russian history, and modern Middle East history at Wheaton until his retirement in June, 1999. He also served as the college's first NCAA Faculty Athletics Representative from 1995-1999.

Professor Helmreich was the author of two books: From Paris to Sevres: The Partition of the Ottoman Empire at the Peace Conference of 1919-1920, and Wheaton College, 1834-1957: A Massachusetts Family Affair. He also was one of five co-authors of the second edition of Rebirth: The History of Europe since World War II. Dr. Helmreich also published a number of articles in magazines and scholarly journals, and for years contributed material to both the Encyclopedia Americana and the Americana Annual. At various times he also taught history courses at Bridgewater State College, Rhode Island College and Brown University, and for 14 years gave an annual series of current events lectures at the Katharine Gibbs School in Providence, RI.

In 1944 Paul discovered Boston Red Sox radio broadcasts and from that time on remained a diehard Red Sox fan, although in time he came to follow the other Boston professional teams as well. For twenty years Paul umpired games for the Norton Youth Baseball Leagues, serving on the Board of Directors for five years and as Umpire-in-Chief for three. In 1988 he was the recipient of the League's Sean Travers Memorial Award. His other life-long avocation was working in his flower and vegetable gardens.

In January, 2012 Paul's wife Dorothy passed away after an extended illness. Four years later he was remarried to his long-time friend and colleague, Wheaton College Archivist Zephorene Lee Stickney. In addition to Zephorene, Professor Helmreich is survived by his brother Jonathan Helmreich and his wife Nancy Helmreich of Sanibel, FL, his son James Helmreich and wife Margaret Helmreich of Milan, NY, son Alan Helmreich and wife Crystal Helmreich of Sanford, ME, his daughter Kristen Parsons and husband Damon Parsons of Taunton, MA, and six grandchildren, Lithia, Salena, Rae, and Elizabeth Helmreich, and Finnian and Cyrus Parsons.

Relatives and friends are cordially invited to attend visiting hours on Thursday, June 17th from 4:00-7:00 P.M. at the Norton Memorial Funeral Home, 19 Clapp Street, (off Route 140,Taunton Avenue) in Norton. Private burial services will be held subsequently at the Timothy Plain Cemetery in Norton.

In lieu of flowers, contributions in memory of Mr. Helmreich may be made to The Literacy Center, 80 North Main Street, Attleboro, MA 02703, or to the Wheaton College Annual Fund, 26 East Main Street, Norton, MA 02766.