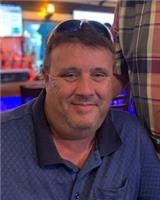 With great sadness, the family of William Matthias Heffernan, of Clearwater. FL and formerly of Mansfield, MA announce his sudden death at the age of 50. He was the cherished son of William F. Heffernan and Diana Doe Varley. He had traveled to Downeast Maine to celebrate a "Chums in The Wilderness Thanksgiving" with his loving family including his father, Bill stepmother, Roz Charlestown, RI , aunt and godmother, Ann Sullivan .and aunt and uncle, Liz and Roland Botelho of Perry, ME, and cousin, Scott Sullivan and his wife Roxanne of Plainfield, CT, He is also survived by his mother Diana Doe Varley of Clermont, FL, and his sister, Erin Heffernan-Casbarro and her husband, Mike, and nephews Gavin and Mason Shirhall all of Vernon, NJ and his uncle David Heffernan and his wife Mary of Fridley, MN and his canine companion, Leyla (Puppy). He was predeceased by his brother, Brian Varley and his stepfather, Bob Varley.

He graduated from Mansfield, High School and UMASS Amherst with a Bachelor's in Communication. He also served in the US Coast Guard Reserve for over 10 years. He was a broadcast journalist in radio in both Worcester, MA, and Woonsocket, RI before he moved to Florida where he was employed as a Compliance/Safety Manager at Interstate Chemical. He was an avid sports participant and enthusiast having been a varsity baseball pitcher, a referee in several sports, and golfer in addition to enjoying several spectator sports.

He had a great mind for details and chose happiness in the face of adversity and compassion and kindness to those less fortunate. He will be sorely missed by his family, friends and community.

A graveside service will be held 1:30 p.m. Wednesday, December 1, 2021 at the Spring Brook Cemetery, Mansfield. Condolences and memories may be shared at www.MaysFuneralHome.com

Published by Sun Chronicle on Nov. 27, 2021.
To plant trees in memory, please visit the Sympathy Store.
MEMORIAL EVENTS
Dec
1
Graveside service
1:30p.m.
Spring Brook Cemetery
Mansfield, MA
MAKE A DONATION
MEMORIES & CONDOLENCES
1 Entry
I want to offer my deepest love and condolences for Wills family and friends. He meant a lot to many people and especially to me. He was my best friend and treated me like family. He picked me up from the lowest point of my life and became the family and friend that I truly needed. I hope he knew how much I loved him. There is nothing I wouldn't do for him. This is a crushing heartbreaking loss for me. Unexpected and heartbreaking. I know he is heaven bound. I am praying for all of his family. I'm so sorry and sad. I loved him as my own family and I don't think I will ever stop missing him. May your hearts soon be filled with wonderful memories of joyful times together as you celebrate a life well lived. I love you Will and will always remember you. You are greatly missed.
Scot Robertson
Friend
November 29, 2021
Showing 1 - 1 of 1 results