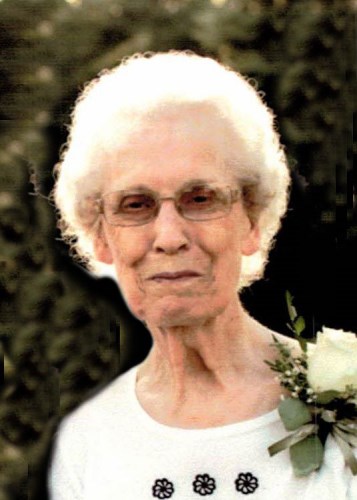 Altha "Ann" Brown, 89, of University Park, Iowa, passed away on July 17, 2021, at her home surrounded by her loving family. Ann was born on September 1, 1931, the daughter of John and Ella (Harwick) Adams and grew up in a four-room log home in Wilburn, Arkansas. She attended Wilburn High School and graduated with the Class of 1949. She then attended Azusa College in California and graduated with a B.A. in Education in 1959. On June 1, 1959, she was united in marriage to Dr. Harold Brown in La Puenta, California. To this union two children were born, David and Kevin. Together Ann and Harold enjoyed 40 years of marriage until his passing on July 26, 1999.

Following college, Ann taught in California for 2 years until moving to Greene, Iowa in 1967 where she taught Elementary School for 22 years. In 1989 she moved to University Park, Iowa. She was a member of the Omega Church in Oskaloosa. Ann enjoyed her time as a teacher. She also enjoyed reading, jigsaw puzzles and spending time with her grandchildren.

She was preceded in death by her husband, her parents and a sister, Marie Dollar.

Funeral Services will be held at 10:00 a.m. Friday, July 23, 2021, at the Omega Church in Oskaloosa with Pastor Dave Brown officiating. Burial will take place in the University Park Cemetery. The Bates Funeral Chapel is in charge of the arrangements. Visitation will be held Thursday, July 22, 2021, beginning after 11:00 a.m. at the Bates Funeral Chapel. The family will be present from 5:30 pm to 7:30 p.m. Thursday evening at the funeral chapel to greet relatives and friends. Memorials may be made to the Iowa Holiness Association or the Omega Church.