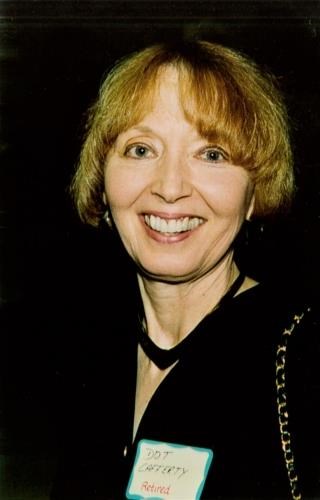 Dot married Paul Cafferty 44 years ago on March 20, 1977. They had an intense love affair for over 46 years. Paul's pet name for Dot was "Peaches". They celebrated their marriage the 20th of every month for over 44 years. Paul and Dot were the love of each other's life. They had no children and no previous marriages.

After retiring from Delta, Dot volunteered many years at Head Start in Quitman, Arkansas. All of the young preschoolers called her Grandma Dot. Dot also volunteered at the Cleburne County Cares Food Pantry.

No services are planned at this time. In lieu of flowers, please make a donation in Dot's memory to the Heber Springs Humane Society, P.O. Box 401, Heber Springs, Arkansas 72543, or to your local hospice organization.

Published by The Sun Times on Aug. 31, 2021.
To plant trees in memory, please visit the Sympathy Store.
MEMORIAL EVENTS
To offer your sympathy during this difficult time, you can now have memorial trees planted in a National Forest in memory of your loved one.
Funeral services provided by:
Heber Springs Funeral Home
MEMORIES & CONDOLENCES
Sponsored by Heber Springs Funeral Home.
0 Entries
Be the first to post a memory or condolences.