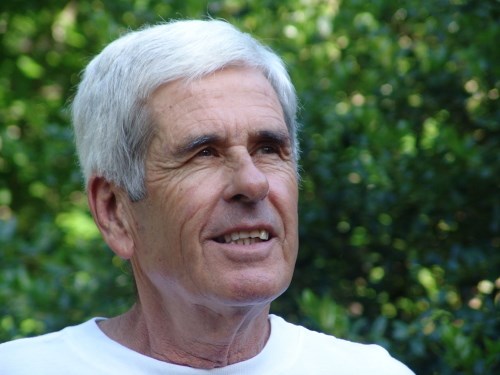 Endre Miklos Moller was born June 4, 1936, in Budapest, Hungary. Endre escaped communist rule and fled to America in 1956. Hired by Combustion Engineering, he transferred to Chattanooga, Tennessee where he met and married the love of his life, Shirley Mills. In 1962, he proudly completed the process of becoming a citizen of the United States and moved to Huntsville, Alabama. One of the highlights of his career was his work on the Apollo 11 spacecraft and the honor of attending the launch in 1969. Endre transferred with General Electric to Jonesboro, Arkansas in 1972. He was often invited to share the story of his dangerous escape from communism and his first view of the Statue of Liberty, which safely ended his journey to freedom. Endre inspired his hearers in civic organizations, churches, and schools to cherish the freedoms and opportunities that are ours as Americans. Upon retirement, Endre and Shirley moved to their beloved lakeside home in Greers Ferry, Arkansas. He was an active member of Peace Lutheran Church. He continued to avidly pursue and thoroughly enjoy his hobbies of fishing, kayaking, gardening, walking and caring for birds until his homegoing on August 3, at age 85.

A private memorial service will be held at a later date.

In lieu of flowers, please consider a donation to Arkansas Food Bank.

Published by The Sun Times on Aug. 6, 2021.
To plant trees in memory, please visit the Sympathy Store.
MEMORIAL EVENTS
To offer your sympathy during this difficult time, you can now have memorial trees planted in a National Forest in memory of your loved one.
MEMORIES & CONDOLENCES
1 Entry
Endre was one of the best human beings that has passed through my life . I worked for many years with Endre and never once witnessed him being anything but a kind hearted man. My heart is saddened by his passing . He is surely in the arms of the angels now.
John Foltz ( GE Mechanic )
John Foltz
Friend
August 7, 2021
Showing 1 - 1 of 1 results