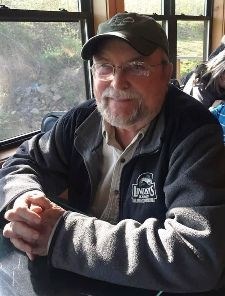 James (Jim) Forsyth Irving III, of Heber Springs, AR passed away peacefully in his home on Saturday, February 27, 2021. He was born in Morrilton, AR on April 12, 1946 to James F. Irving II and Mildred Amanda Mosley Irving. He was a graduate of Morrilton High School and then attended the Arkansas State Teachers College/State College of Arkansas (now the University of Central Arkansas). Upon graduation, he began a lengthy career as a teacher and educator and taught at several high schools within the Pulaski County Special School District where he made many friends and taught countless students. Upon retirement from teaching high school, he remained dedicated to education and began teaching at what is now the University of Arkansas-Pulaski Technical College. He never lost his desire to educate and that desire followed him to Heber Springs when he and his late wife relocated there.

Jim enjoyed hunting, fishing in his boat on the Little Red River, bird watching, and collecting guns. Until his later years, he always had a dog that he adored and he and his late wife were known for spoiling their dogs. Jim enjoyed the company of all of his old and new friends and was blessed by the love and support of the Lindsey's Resort community, especially in his final years following the death of his wife. He and his late wife were founding missionary members of St. Margaret's Episcopal Church in Little Rock, AR.

He is survived by one daughter, Alicia Cantrell (Jeff) of Alexandria, LA; three stepdaughters, Mary Deidre (Dede) Hale of North Little Rock, AR, Kristin Ann Hale (Lindsay) of Weaverville, NC, and Holly Hale Boswell of Pisgah Forest, NC; grandchildren, Allee Cantrell, Aaron Cantrell, Braden Boswell, Hadley Boswell; and one great-grandchild, Carson Cantrell. He is also survived by his dear sister, Betty Maude Irving Martin (Mark); one nephew, Aaron Martin (Christina), one niece, Zoe Martin; and one great-nephew, Henry L. Martin. Others left to cherish his memory include all other family members as well as a host of very dear friends including those from childhood in Morrilton, those from his years of teaching and living in Little Rock, and those from his last years in Heber Springs at Lindsey's Resort, as well as countless others along the way.

Jim was preceded in death by his parents and his beloved wife, Jane Durham Irving. Due to Covid, there will be a private family service held on Saturday, May 29, 2021 at St. Margaret's Episcopal Church led by Rev. Mary Vano. Immediately following the service there will be an inurnment at the church's columbarium. Arrangements are under the direction of Ruebel Funeral Home.

In lieu of flowers, donations should be made to a local school's school supply fund or a scholarship fund to continue the education of a deserving student. Donations could also be made to the educational organization of your choice. An online condolence may be left at RuebelFuneralHome.com

Published by The Sun Times on Mar. 24, 2021.
To plant trees in memory, please visit the Sympathy Store.
MEMORIAL EVENTS
To offer your sympathy during this difficult time, you can now have memorial trees planted in a National Forest in memory of your loved one.
MEMORIES & CONDOLENCES
0 Entries
Be the first to post a memory or condolences.