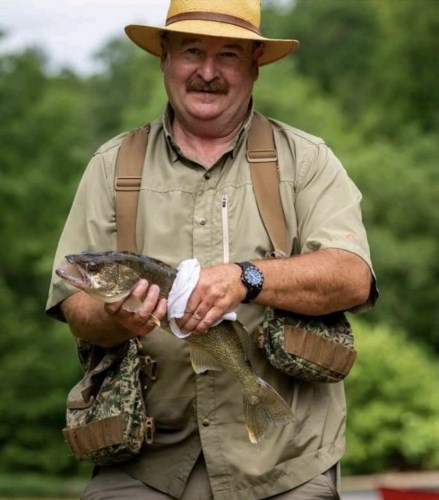 Joe Lyn (Jody) Swaffar passed away peacefully in his home Tuesday, Sept. 21, at the age of 57. Jody was the loving son of Billee Joe and Rita Clark Swaffar of Quitman. He was born February 27, 1964.

He was a loving father, son, brother, uncle, and friend to many. He was preceded in death by his parents. He is survived by his two daughters and son-in-law, Madisyn (Daniel) Strain and Lauryn Swaffar and his sister and brother-in-law, Jayme (David) Johnson.

Jody received a History/English degree from UCA and a master's in Administration from ASU. Jody was a teacher both in and outside the classroom. He taught for 18 years at Rose Bud High School. He knew what it meant to be a friend and someone that his students could rely on.

He had a deep love for the outdoors; he was an avid hunter and fisherman. But his greatest love was for his daughters. He instilled this love in them, encouraging them to seek adventure and embrace the undiscovered at a young age. Anyone who knew Jody also knew of his passion for reading, especially the works of Hemingway. As Hemingway once said, "Every man's life ends the same way. It is only the details of how he lived and how he died that distinguish one man from another." Jody knew this in full- he lived abundantly and was loved immensely.

There will be a memorial service held at a later date.

Published by The Sun Times on Oct. 5, 2021.
To plant trees in memory, please visit the Sympathy Store.
MEMORIAL EVENTS
To offer your sympathy during this difficult time, you can now have memorial trees planted in a National Forest in memory of your loved one.
MEMORIES & CONDOLENCES
1 Entry
Mr. swaffar was an amazing teacher for Pierce City High School. Mr. Swaffar made my days with his humor. I really thank him for making my school year interesting and fun. 2020 was not a good year for me. Mr. Swaffar made sure I had fun in his class. Me and my peers are truly sadden. Mr. swaffar you will be missed and you shall always be in our hearts. We feel deeply sorrow for the family and friends of Mr.Swaffar. Mr. swaffar was a friend of mine and to my peers as well. Long Live Joe Swaffar.
Brian Puente
School
November 18, 2021
Showing 1 - 1 of 1 results