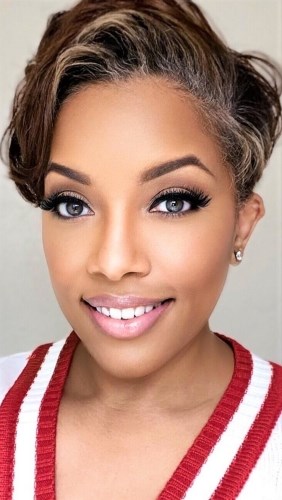 We celebrate the life of Angela Teresa Clark, who transitioned on July 6, 2021. She was an accomplished singer, skilled entrepreneur, lovely sister, and beloved daughter who inspired the lives of others through her passion and mentorship. She was 52 years old.

Angela was a 33-year member of Delta Sigma Theta Sorority, Inc. and was initiated at South Carolina University in the Spring of 1988. She was extremely active in Delta, serving in multiple leadership roles as a member of both the Orangeburg and Greenville Chapters in South Carolina.

In 1988, Angela was the first African American woman in South Carolina selected to participate in "Up With People", a worldwide community service organization, traveling to over 30 countries including the Soviet Union. After that service, Angela performed in 76 countries and in all 50 states as a singer, dancer, and actress working in the cruise line industry since 1995.

Her first live recording "Unfolding" featuring Alan Lee on piano was released worldwide on Nov. 1, 2011. Thrilled about her first holiday album being released in November 2019, Angela along with 12 others was honored and inducted into the South Carolina State University 2019 Jazz Hall of Fame.

Angela was preceded in death by her father, Dr. Carl Oliver Clark (2017). She is survived by her mother, Barbara Clark; her brother, Carl Robert "Bobby" Clark (Jennifer); and a host of family, colleagues, friends, and mentees.

Please adhere to all COVID-19 precautions.

Online condolences may be sent to simmonsfuneralhome.com

To plant trees in memory, please visit our Sympathy Store.
Published by The Times and Democrat on Jul. 12, 2021.
MEMORIAL EVENTS
Jul
13
Memorial service
10:00a.m.
Holy Trinity Catholic Church
2202 Riverbank Drive, Orangeburg, SC
Funeral services provided by:
Simmons Funeral Home - Orangeburg
MAKE A DONATION
MEMORIES & CONDOLENCES
Sponsored by Simmons Funeral Home - Orangeburg.
16 Entries
We offer our sincere condolences to Ms. Clark´s family and friends. She was a beautiful artist and she was a blessing to the world! The SCSU Drama Program salutes her as an artist and a mentor to upcoming artist. The world will miss her.
Ursula
School
July 21, 2021
I remember Angela mostly for the play we performed, "Cheaper by the Dozen" and for her full of life attitude. My most sincerest condolence!
Jo Ann Walker
School
July 16, 2021
Sending my condolences to the Clark family. Mrs Barbara was my guidance counselor many years ago at the old Orangeburg school District 1 . I never had the pleasure of meeting Angela but when I would go into Mrs Clark´s office I would see things she had that Angela participated in so I feel as if I knew her. Lord Jesus I ask that you be a fence around this family at this time comforting them.
Donald Washington
Family
July 14, 2021
"Sending healing prayers and comforting hugs. I am so sorry for your loss."
Henrietta Hampton-Ellis
Other
July 13, 2021
My deepest condolences to Barbara, Bobby, Jennifer, and all who knew and loved Angela. Angela, you are and always will be missed, and we will cherish our memories of you.
Karen Thomson
July 13, 2021
My heart is deeply sorrowful as I share my heartfelt condolences to Angela's loving mother, Barbara, and her brother and sister-in-law, Bobby and Jennifer, as well as to her many other heart-broken family members, friends, and colleagues--all of us grieving Angela's sudden and too-young death. Angela so lived up to her name, an angel of caring, as she shared her multiple gifts and talents, her delightful, outgoing personality, her ever-present joie de vivre, and her through-and-through goodness--God-ness. Angela truly incarnated God's loving, caring presence to all of us. I find comfort in the words of Reverend Brendan McGuire: The death of a loved one is not the death of love. When someone we love dies, the great gift of their love remains. It heals and gives life even in their absence. We can be grateful for the times Angela enriched our lives by her presence, a presence that persists through her spirit, through the good memories of all the times she touched our lives with her love, and through the knowledge that Angela is with the God of Love--loving us still, inviting us to live lives of love each day as her lasting legacy. May she rest in peace--forever loved and honored by all of us to whom she was so life-giving.
Brother Paul Cullen, CFX
Friend
July 13, 2021
She was such a wonderful person. I am so sorry. I knew her well many years ago it is so hard to believe that she is gone.
Edna Fischer
Friend
July 13, 2021
It saddened me to hear of my Alpha Xi made soror Angela´s passing. She was so full of life and never did anything without giving it her all. Praying God´s comfort and peace rest upon all that knew and loved her.
Rev. Dr. Freddye James
July 13, 2021
My very deepest sympathy on the death of another shining star from Orangeburg. She left her mark so the world knows that she was here and left it a better place.
Audrey Quick Battiste
Other
July 12, 2021
My sincere condolences to the Clark family. I am so sorry for your loss.
juliasherman
Family
July 12, 2021
Rest Angela. You earned your wings. You will be sorely missed. Deepest condolences to the family.
Sandra B Salley
Friend
July 12, 2021
So sorry for the lost of a vibrant young lady. My thoughts and prayers are with the family left to cherish her memories. Dr. Barbara L. Adams
Barbara Adams
School
July 12, 2021
May God´s blessings be with your family as you honor Angela´s life. I am hoping beautiful memories will bring you comfort. Love, Dr. Felder Wilson
Dr. Margaret Felder Wilson
Work
July 12, 2021
sending my condolences to The Clark family may God give you perfect peace,God only chose the best that would fullfill his kingdom during this particular journey RIP.
Margaret Boyd Felder
July 12, 2021
My sympathy to Angela's Loving Mother and brother.
Helen L. Jenkins
July 12, 2021 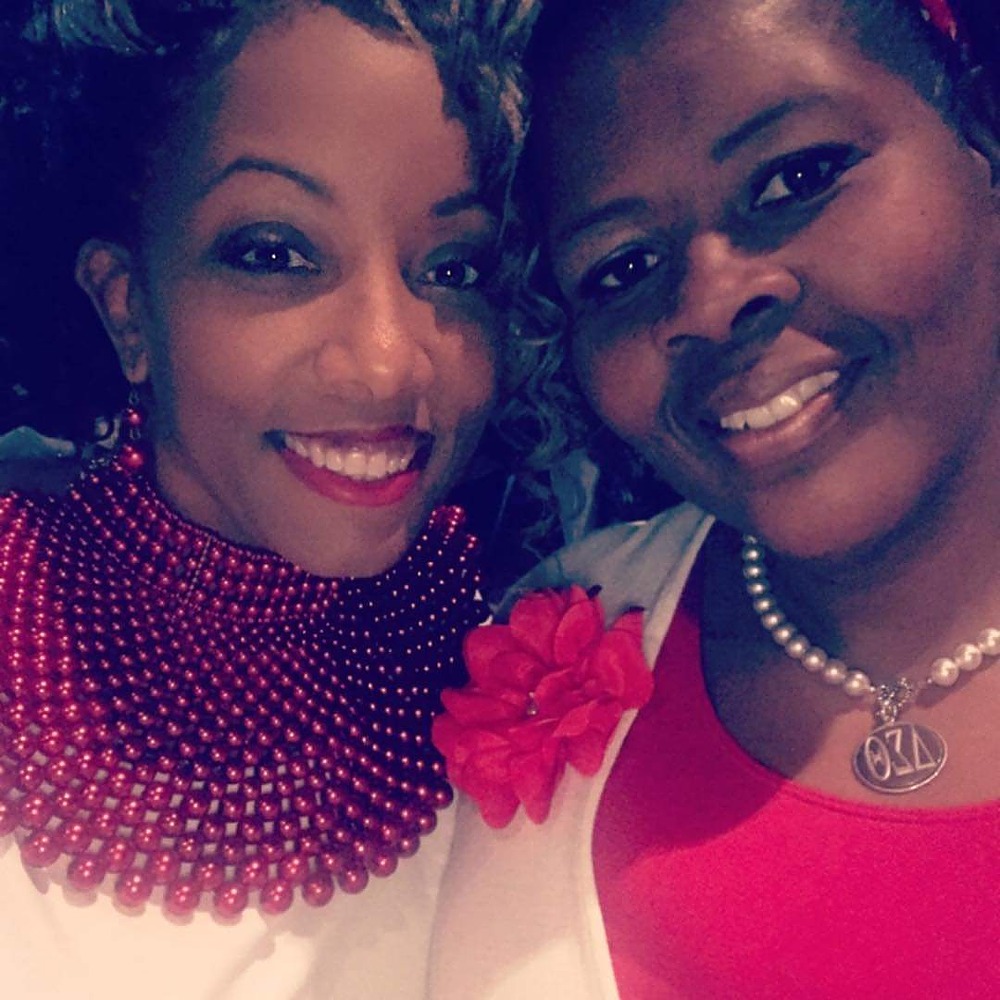