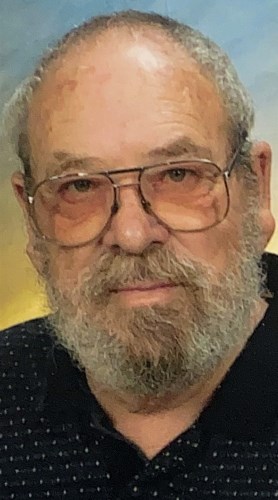 BAMBERG -- The best husband a girl could ever have passed away Friday, April 9, 2021, at the Regional Medical Center in Orangeburg. He was kind, caring,

understanding, and considerate. He treated his wife like a queen during their 41 years of marriage. He had to learn how to "love" dogs, as he was a

Jerry always called his wife "Sweetie Pie" or "Sweetheart," never Carol. Toward the end of his life, he would joke that he was "Mr. Sweetie Pie" to

Jerry passed away from COPD, after being addicted to tobacco for 77 years. He also was in the last stages of Alzheimer's.

At his request, no funeral was held. Although a small ceremony may be held later in the future when the family can assemble.

Durgan and his mother was Villa Elaine Mitchell Durgan, both of Oklahoma. Both are deceased.

Jerry was predeceased by his brother, Jack Durgan (Alva), first wife, Lucy Carol Olafson of Texas, and a son, Kevin.

He leaves to cherish his memory one sister, Joanna (Jay) Agnew of California. His remaining son, Kelly (Sandy) lives in Odell, Texas, with their

nurse in Florida, and Charla Rae Lynn Durgan of Florida.

Jerry leaves to cherish his memory, his second wife, Carol Kilgus Durgan of the home, along with 3 rescued pups: Little Bit, Buttons, and Mr. T

(Tiny). He never denied Carol's need for rescuing pups from the pound. (He put up with a dog on the bed from day one.) He will be met in Heaven

by his son, Kevin, and more than 25 rescued pups who lived great lives with his family and passed on in the loving arms of both Jerry and Carol. (Most of whom chewed up many pairs of shoes and several wallets.)

He served his country honorably in the United States Air Force during the Korean War, primarily based in Tripoli. He loved his job as an aircraft

mechanic and earned the rank of Staff Sergeant, a job that allowed him the opportunity to take numerous pictures

After leaving the service, he traveled all over the world with Jerry Brown of TMR (Florida) writing contracts for foreign governments to open education

centers, including such places as Mexico, Malaysia, and American Samoa.

He was instrumental in writing the contract to convert Carlisle Military School into Bamberg Job Corps Center, and held several positions at the

three years in Samoa, Pago Pago, writing contracts to set up the industrial arts program in all their secondary schools.

Wherever he went he carried a camera. It was like he was "born with a camera in his hand." He worked at the Advertizer-Herald after retirement as

a part-time reporter and photographer, as evidenced by the numerous photos on the walls of his home.

The family would like to thank members of Edisto Home Care and Hospice for their expertise, caring and compassion: Danielle Raskins, Jessie

Mitchell who assistance extended far beyond the spiritual.

Memorials may be made to MAMAS Animal Shelter, located at 254 Slow Pitch Road, Bamberg, SC 29003.

This Sweetie Pie prays every day that God takes care of her "Mr. Sweetie Pie" as he is now out of pain.

Published by The Times and Democrat on May 30, 2021.
To plant trees in memory, please visit the Sympathy Store.
MEMORIAL EVENTS
To offer your sympathy during this difficult time, you can now have memorial trees planted in a National Forest in memory of your loved one.
MAKE A DONATION
MEMORIES & CONDOLENCES
3 Entries
He was a wonderful man. Met him at Bamberg Job Corps, was our first Center Director, kind and loving. May he rest eternally in peace.
Hattie Williams
May 31, 2021
I am so sorry for the loss of this husband, father, and grandfather. My thoughts and prayers of peace and comfort for Mrs. Durgan and his family. May God be with you to guide you on this new journey. May he rest in peace. God Bless..
Shirley o. Grice
May 31, 2021
Jerry was a wonderful man and loved by so many people. He was a very intelligent, witty gentleman. It was always heartwarming to see Jerry and Carol together as their love for each other showed in their faces and in the way they treated each other.
Holly Gwaltney
Friend
May 30, 2021
Showing 1 - 3 of 3 results