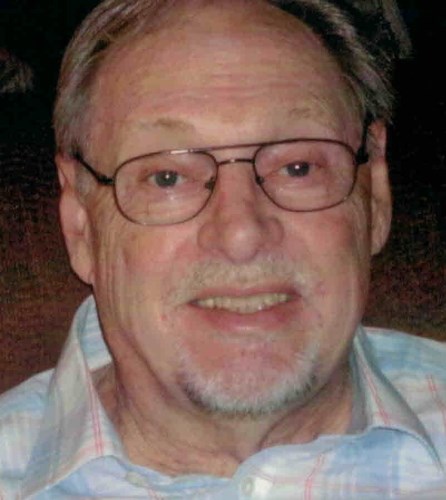 Albert J. Armezzani Jr., 77, died Saturday at Allied Services Hospice from complications of Parkinson's disease. He was surrounded by the love of his family. His wife of 51 years is the former Patricia Morgan Armezzani, Peckville.

Born in Jessup, he was the son of the late Albert Sr. and Louise Panfili Armezzani. He was a graduate of Jessup High School, class of 1961, and attended the University of Scranton. Al was a sales executive and an entrepreneur before his retirement.

One of his favorite things to do was playing tennis with his lifelong friend, Eddie Stella. You could always find them on the courts of Mellow Park.

The family would like to send a heartfelt thank you to the staff of Allied Hospice and the sixth floor Regional Medical Center.

Also surviving are his daughters, Cindy Scagliotti and husband, J.T., Archbald; and Karen Armezzani and fiancé, Norman Dyson of Philadelphia; his grandson, the love of his life, Sam Scagliotti; and step granddaughters, Reese and Taylor Dyson.

He was also preceded in death by his daughter, Christine Armezzani, who passed on Jan. 28.

The funeral will be Thursday with a Mass of Christian Burial at 10:30 a.m. at Sacred Heart of Jesus Parish, Peckville. Interment will follow at St. John's Cemetery, Jessup.

There will be no calling hours.

Arrangements are under the care and direction of James M. Margotta Funeral Home, Jessup.

Published by Scranton Times from Nov. 30 to Dec. 1, 2021.
To plant trees in memory, please visit the Sympathy Store.
MEMORIAL EVENTS
Dec
2
Mass of Christian Burial
10:30a.m.
Sacred Heart of Jesus Parish
Peckville, PA
Funeral services provided by:
Louis M Margotta Funeral Home
MAKE A DONATION
MEMORIES & CONDOLENCES
Sponsored by Louis M Margotta Funeral Home.
5 Entries
Pat, I´m so deeply sorry to hear about Albert´s passing. I always enjoyed seeing you both at the office. Sending love & my deepest condolences. Teresa
Teresa Pascucci Cordelli
December 4, 2021
Remember Al from our days of working out at the Spectrum. He was great guy and a trusted friend. My condolences to all his family. Godspeed
Nancy A Edmunds
Friend
December 1, 2021
I worked with Al at DBF for many years. What a great guy with a great sense of humor! My condolences to Pam and his daughters and their families.
Dawn Zidek
Work
December 1, 2021
SO sorry Pam to hear of Al's passing. My heart goes out to you and your family. Much love. Rie
Marie Fordham Aruffo
Family
December 1, 2021
You will be greatly missed!
Susan Morgan
November 30, 2021
Showing 1 - 5 of 5 results