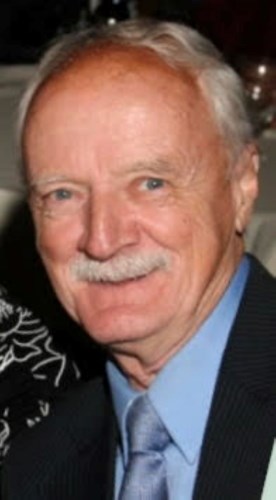 Born in Scranton, son of the late William and Elizabeth Dunleavy Connor, he was a graduate of St. Ann's High School and employed by Maier's Bakery, Nolan & Rogers and Bank of America before retirement. Due to his love of music, he was also a local DJ throughout the years but especially at Kilcoyne's on Friday nights for the past 15 years. He was an avid New York Yankees, Notre Dame and New York Giants fan.

Tony was very active in the local sports community. He was instrumental in the foundation of the St. Ann's Youth Basketball League, where he coached and refereed for several years, and also coached and umpired at Sloan Little League as well as coaching the West Side Jets. Tony also served as the baseball and basketball coach at West Catholic High School and baseball coach at Riverside High School. He especially loved playing baseball and softball and played in several leagues.

He was a loving husband, father, brother and uncle who will be dearly missed. The highlight of his life were his four grandchildren who he was always bragging about and so proud of and especially enjoyed attending their activities and sporting events. He loved to have a good time and make people laugh wherever he was.

A Mass of Christian Burial will be celebrated Friday at 10 a.m. in St. Ann's Basilica, Scranton. Interment, Cathedral Cemetery, Scranton. Friends may call today from 2 to 4 p.m. and 7 to 9 p.m. at the Thomas J. Hughes Funeral Home Inc., 1240 St. Ann St.

Published by Scranton Times from Dec. 1 to Dec. 2, 2021.
To plant trees in memory, please visit the Sympathy Store.
MEMORIAL EVENTS
Dec
1
Calling hours
2:00p.m. - 4:00p.m.
Thomas J Hughes Funeral Home
1240 Saint Ann St, Scranton, PA
Dec
1
Calling hours
7:00p.m. - 9:00p.m.
Thomas J Hughes Funeral Home
1240 Saint Ann St, Scranton, PA
Dec
3
Mass of Christian Burial
10:00a.m.
St. Ann's Basilica,
PA
Funeral services provided by:
Thomas J Hughes Funeral Home
MAKE A DONATION
MEMORIES & CONDOLENCES
Sponsored by Thomas J Hughes Funeral Home.
7 Entries
I am deeply sorry for your loss. I hope you feel the love that surrounds you, now and always. Praying for healing, comfort, strength and peace during this painful time.
Gillian Singletary
December 3, 2021
I met Tony many, many, many years ago when he was one of our basketball coaches at West Catholic. My recollection of him is that he was ALWAYS enthusiastic, energetic, and always had a smile or a fun story. He was a great guy and a great influence on young people. I'm very sorry for your loss.
B Kennedy
December 3, 2021
Georgina and Tony. Very sorry for your loss. His was a life well lived.
Karen May
December 2, 2021
Dear Father; The Connor's lie in the arm's of your love, And pour out their anxious thoughts to you. They're choosing to rest in the warmth of your embrace. They give you the things they can-not face, the struggles, the trials and the fears. Father, they will let their tears fall on you, for they know you'll catch every one and will not let them go. Father you hold time in your hands, and see it all from beginning to end. Please keep Anthony F. Connor Sr. precious family in their sadness and loss. Cover them with your great wings of love. Give their weary hearts rest and their minds sound sleep. Lord lift their eyes so they may catch a glimpse of eternity and be comforted by the promise of heaven. We ask this of you, in the precious name of your son Jesus. Amen
Dollares
December 2, 2021
Condolences to all Toni's family on hearing of his passing.Tony was an early influence in my life. Always a go-go upbeat guy treating all of his guys like they mattered. Thankful to him for all the time and effort he gave to many of us around St. Ann's and Sloan baseball. God bless him and family. a big loss to many of us. Fred Weinerth Port Charlotte, Fla.
Fred Weinerth
Friend
December 2, 2021
I am so sorry for the loss of Tony.I just had hip surgery I can't make it to the viewing.Love you guys.
[email protected]
December 2, 2021
we are so sorry to hear about uncle tony he will be deeply missed we had so great parties we are sending our condolences. Love you all from Jon AND Tina wolak and family
tina wolak
Family
December 1, 2021
Showing 1 - 7 of 7 results