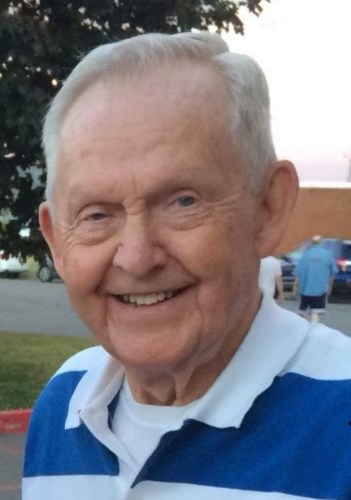 Wayne, as he was known most of his life, was born and raised in West Scranton. The son of Albert Allen and Edna Morgan Allen, he was a graduate of West Scranton High School, where he played baseball and basketball.

Wayne was preceded in death by his wife of 53 years, Joan Wilson Allen; and son, Arthur Wayne Allen Jr. He is survived by son, Scott Douglas Allen and wife, Stephanie Ann Allen; and grandchildren, Zachary, Isabella and Victoria.

Wayne talked fondly of his four years in the United States Navy on several different aircraft carriers and battleships during the Korean War. He was very proud of his 37 years as an employee of PNC Bank, formerly Northeastern Bank. Where he retired in 1991 as payroll officer. He maintained many friendships from his time at Northeastern Bank.

Wayne was well known for his athletic talent even into his older years when he played fast pitch softball and bowled for the Northeastern Bank teams, participating in sports into his 60s. Wayne was a member of the West Side Lions and Masonic Lodge until his retirement.

Wayne's family wishes to send heartfelt thanks to Dr. Kenneth Sebastianelli for his 35 years of Wayne's care, Oakwood Terrace staff and specifically PHHC Hospice for their care and kindness during his final days.

The family plans to have a private graveside service at Abington Cemetery.

Arrangements are under the care and direction of the Miller Bean Funeral Home Inc., 436 Cedar Ave., Scranton. Please visit the funeral home website to leave an online condolence.

Published by Scranton Times on Sep. 28, 2021.
To plant trees in memory, please visit the Sympathy Store.
MEMORIAL EVENTS
To offer your sympathy during this difficult time, you can now have memorial trees planted in a National Forest in memory of your loved one.
Funeral services provided by:
Miller Bean Funeral Home Inc
MAKE A DONATION
MEMORIES & CONDOLENCES
Sponsored by Miller Bean Funeral Home Inc.
1 Entry
I had the pleasure of knowing your Father and Mother at our laundromat in Taylor over many years and was so sorry to see your mom had passed and now your Dad. They were a beautiful couple and I was always so happy to see them, they shared many stories about their family and especially their grandchildren with me. Please accept my sincerest condolences at this very sad and difficult time and know, you and your family are in my thoughts and prayers.
Sandra Minelli
Other
October 1, 2021
Showing 1 - 1 of 1 results