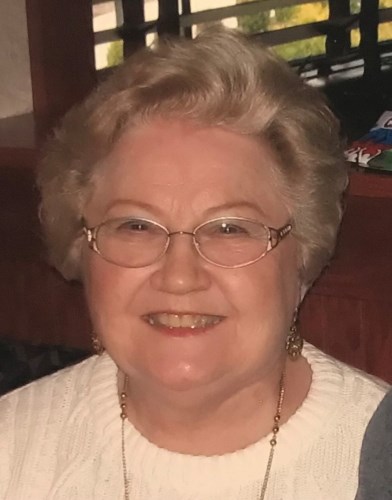 Barbara Russell Gleason, Scranton, passed away peacefully late Saturday night in the Allied Services Hospice Center, Wilkes-Barre, after an illness. She was the widow of Robert Gleason, who passed away in 1973.

Born in 1935 in the Bronx, New York, she was the daughter of the late Michael J. and Julia Hadzima Russell. She attended school in the Bronx and upon graduation went to work for the United States Army Chemical Corps in New York City. In 1961 she moved to Scranton and was hired as a secretary and sales associate for WDAU TV. She joined the Immaculate Conception Church Parish Community after relocating to Scranton and served as the chairperson of the Junior Catholic Daughters of the parish from 1962-1972. Barbara always found great value in education, she earned an associate degree in business administration for Lackawanna Junior College in 1978, a Bachelor of Science degree from the University of Scranton in management in 1982, and finally a Master of Science degree in administration, leadership and supervision from the University of Scranton in 1994. She was a proud inductee into the Alpha Sigma Nu National Jesuit Honor Society in 1993. In 1982 Barbara began her long and rewarding working career at the University of Scranton as the assistant to the dean of the School of Management. In 1988 she was appointed as the director of the Kania School of Management Academic Advising Center and finally in 1995 she was promoted to assistant dean of the School of Management in 1995. She was inducted into the Pro Deo Et Universitate at the University of Scranton in 2002 commemorating her 20 years of service to the university and its students. In 2000 Barbara was named Woman of the Year by the Scranton Business and Professional Women's Society.

Surviving are her beloved son, Michael Gleason, of Scranton; many students and faculty at the University of Scranton who were blessed to have studied under and worked with her.

She was also preceded in death by her brother, Robert Russell, in 1985.

Mass of Christian Burial will be celebrated Friday at 10 a.m. in the Immaculate Conception Church, 801 Taylor Ave., Scranton, by the Rev. Patrick McLaughlin, pastor.

Friends may call Friday morning from 9 a.m. until the time of Mass at the church.

In lieu of flowers, Michael encourages donations be made in his mom's honor to the Griffin Pond Animal Shelter, 967 Griffin Pond Road, South Abington Twp., PA 18411.

To share a memory or to express your condolences to the family, please visit www.vanstonandjames.com.

Arrangements have been entrusted to and are under the care and direction of the Vanston and James Funeral Home, Scranton.

Published by Scranton Times on Dec. 7, 2021.
To plant trees in memory, please visit the Sympathy Store.
MEMORIAL EVENTS
Dec
10
Calling hours
9:00a.m.
Immaculate Conception Church
801 Taylor Ave., Scranton, PA
Dec
10
Mass of Christian Burial
10:00a.m.
Immaculate Conception Church
801 Taylor Ave., Scranton, PA
Dec
13
Interment
11:00a.m.
Long Island National Cemetery
2040 Wellwood Ave., Farmingdale, NY
Funeral services provided by:
Vanston & James Funeral Home Inc
MAKE A DONATION
MEMORIES & CONDOLENCES
Sponsored by Vanston & James Funeral Home Inc.
2 Entries
Michael, I have't seen you in many years, but your dear Mom and I worked together at WDAU, remained friends, and often saw each other at church until I left the area in the late 80s. She was quick as could be, and I learned so much from the way she related to people at the station. Not surprised that she went on to have a great career at the U. She had a wonderful sense of humor and an incredibly positive outlook on life, despite the terrible loss of your Dad, who was such a great guy. She also knew how to be a friend, and her kindnesses to others were always rooted in her faith. I know there is no real consolation for your loss, but I also know that her courageous and loving spirit will always be with you. Angela Bell, Mechanicsburg PA
Angela Bell
Friend
December 16, 2021
Het Mike, sorry for your loss.
Phil Nash
School
December 9, 2021
Showing 1 - 2 of 2 results