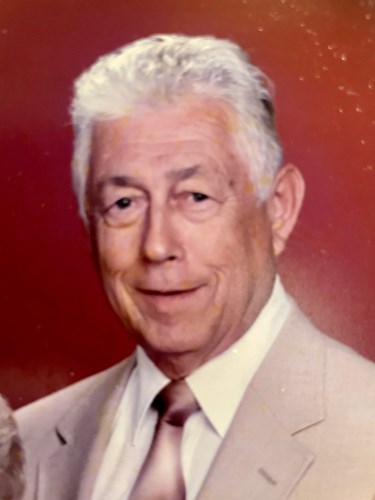 Charlie Lawrisky, 88, of Mayfield, passed away Sunday, May 9, at Allied Hospice, Scranton. He was the husband of Theresa Wladyka Lawrisky. They were married for 43 years.

Charles was born in West Scranton on Feb. 9, 1933, son of the late John and Helen Lawrisky. He attended West Scranton High School, served as a corporal in the United States Army Medical Corps stationed in Germany during the Korean War. He was a former member of St. Michael's Ukrainian Orthodox Church Scranton and Sacred Heart of Jesus Parish, Mayfield.

Charlie had his own painting business for 45 years. He played violin in many polka bands on the east coast and was known as "Charlie the Fiddler." He appeared on Channel 44 with the Pennsylvania Merrymakers, Stanky and the Coal Miners and his own group the Musical Allstars. He has been playing for 75 years. He loved making people happy with his music.

The funeral will be Friday with Mass of Christian Burial at 10 a.m. in St. Thomas Aquinas Church, Archbald. Friends attending the mass are asked to go directly to church. Entombment will be in Fairview Memorial Park.

Friends may Thursday from 4 to 7 p.m. at the Ryczak-Harrison Funeral Home Inc., 901 Lackawanna Ave., Mayfield.

To plant trees in memory, please visit our Sympathy Store.
Published by Scranton Times on May 11, 2021.
MEMORIAL EVENTS
May
13
Calling hours
4:00p.m. - 7:00p.m.
Ryczak-Harrison Funeral Home
901 Lackawanna Ave, Mayfield, PA 18433
May
14
Mass of Christian Burial
10:00a.m.
St. Thomas Aquinas Church
, Archbald, Pennsylvania
Funeral services provided by:
Ryczak-Harrison Funeral Home
MEMORIES & CONDOLENCES
Sponsored by Ryczak-Harrison Funeral Home.
9 Entries
I´m so very sorry for your loss.
Jenny Nally
May 14, 2021
Dear Theresa and family, I am so very sorry to hear of your loss. Charlie surely was one of a kind, such a great man. May he Rest in Peace, and may the blessing of the Lord be bestowed upon you to help with your grief.
Candy Mullen
May 12, 2021
Theresa & Family, my deepest condolences. My dad always spoke so highly of Charlie the Fiddler & I met Charlie at my dad's viewing. I was touched that he took the time to be there. I'm sorry I cannot pay my respects to Charlie but a very close friend of mine has her viewing & funeral mass at the same time here in West Scranton. I'm so very sorry. Charlie made so many people happy with his music & now may he join the great polka bands in heaven. RIP.
Pan Josek's daughter
May 12, 2021
I was sorry to read of Charlie's passing. It brings back memories of St. Ann's Street especially, his friendship with my brother, Chick.
Margaret Bowen
Friend
May 11, 2021
Theresa, I´m so sorry for your loss of Charlie. I always enjoyed seeing him at the church picnics. May he Rest In Peace and his memory be eternal.
Diane Friese
May 11, 2021
Charlie you surly had a great talent making people happy. Not only on stage with the fiddle in hand jumping and swaying, also with your corky jokes. Honor to have been part of your life. Rest in peace Jumpin Charlie.
Deb and Vinny Horoschock
May 11, 2021
Theresa I am so sorry and I still remember his actions when playing in the band.
Concetta Reese
May 11, 2021 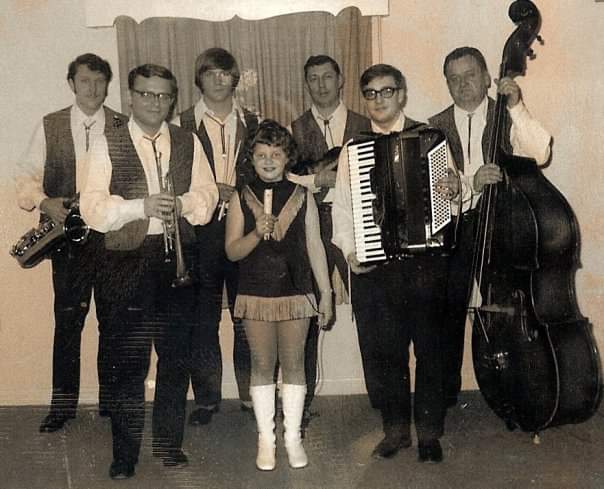 I was very saddened to hear of this sad news. Knew Charlie practically all my life, singing with him and the Pennsylvania MerryMakers.... Recording albums together. Sending thoughts and prayers. Great memories to hold close to my and soul. RIP sweetie. Hugs in heaven. Xoxo
Jean Marie Kubritski Marzuchowski
May 11, 2021
Dear Theresa & Fam: Our most sincere sympathy on the loss of your beloved husband, Charlie. May his soul rest in peace in his heavenly home. "God" bless you at this most sorrowful time. Ret. Chief, Michael L. Mroczka, & wife, Marian T. Mroczka.
Michael & Marian Mroczka
May 11, 2021