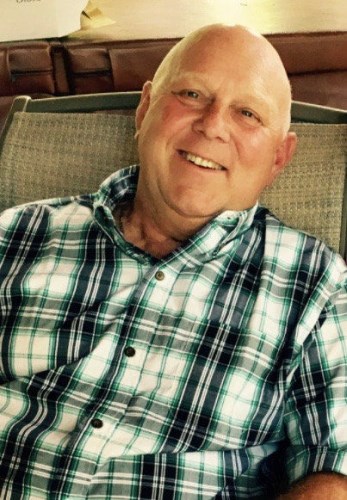 Born in Philadelphia in 1959, he was the son of Carlene Howard, Clarks Summit, and the late Donald H. Moyer Jr. A graduate of Abington Heights High School, class of 1977, he was a four-year letterman and co-captain of his high school wrestling team. Before his retirement, he worked for the Pennsylvania American Water Company for more than 38 years.

At 35, he ran for Clarks Summit Council, eventually becoming council president. In his dozen years on council, he listened to the concerns of the public, became knowledgeable on the issues, and was a quiet influential voice to the people of his community.

He was an active member of Our Lady of the Snows Church, the Clarks Summit Fire Company and Abington Sportsman's Club. He was a past worshipful master of Waverly Lodge 301 in 1985, and an instrumental part in both his sons becoming Eagle Scouts with Troop 160.

He was a devoted father, son, brother and family man that was considered the go-to guy for any problem that needed to be solved without ever asking for anything in return.

Surviving are two sons, Bradley Donald Moyer and his fiancé, Danielle Rohaly, and Gregory (Grizz) Moyer, all of Clarks Summit; a brother, Al Moyer and his wife, Daniela of Blakely; a sister, Debbie Zborovian and her husband, Jack of Duryea; niece and nephews, Matthew Moyer, Angela and Michael Curmaci.

He was also preceded in death by his nephew, Joseph Curmaci Jr.

A Mass of Christian Burial will be celebrated on Monday at 9:30 a.m. at Our Lady of the Snows Church, 301 S. State St., Clarks Summit, by Monsignor Joseph G. Quinn, pastor. 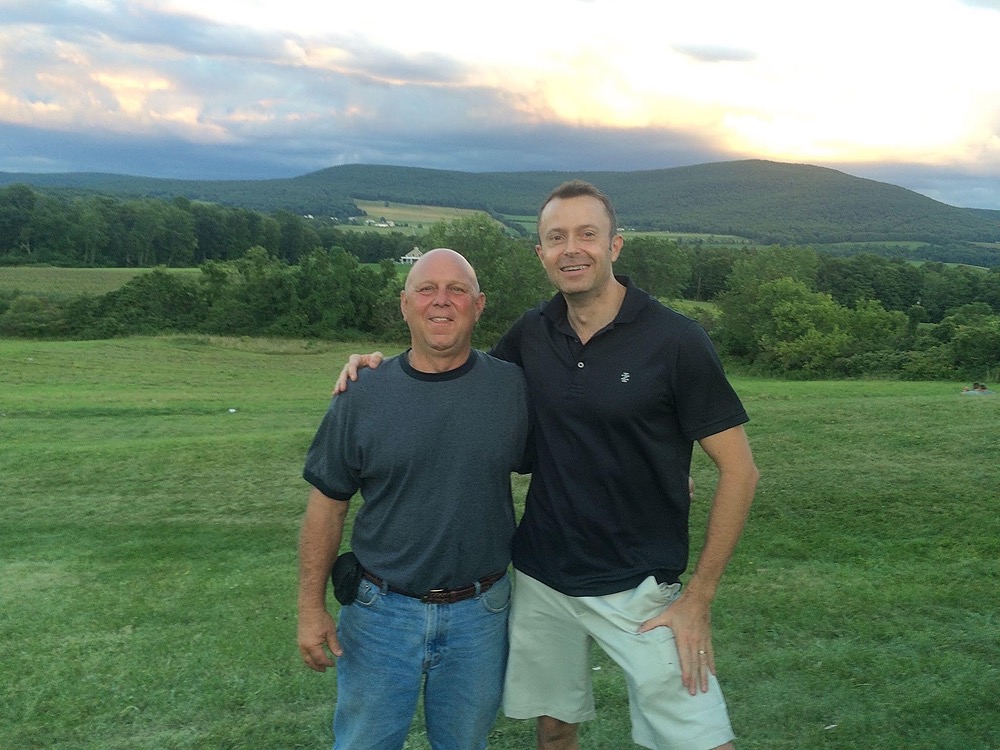 The Urban's, neighbors a few houses down from years ago on Carol Drive, want the Moyer's to know we will forever be grateful for Donnie and his kindness. His loss is hitting hard today. The slides and the memorabilia at Young's were very beautiful and It was a privilege for me to meet his family. Please feel free to reach out if you are ever in need of a friend. R/ John Urban
John Urban
Other
June 14, 2021
Sincerest sympathies to the family and friends of Don. He was a rather quiet man, but he was of strong character.
David Hrobuchak
Friend
June 14, 2021
Al and family,I was in shock to hear about Donnie's passing. Over the many years on my way to work I would often see Donnie running the crew at the water company. He always seemed happy and you could see he really loved what his did which was to help people. When I would see Al I would would always ask about Donnie and a few yrs ago was pleased to see he was retiring. Something well deserved. Please know from seeing the other write ups there is no doubt he was a special person, Please accept my condolences and please hold all those memories of Donnie close to your heart. May he RIP!
Jim Black
Friend
June 13, 2021
Debbie and family,
I’m so very sorry for your loss! You are in my thoughts and prayers.
Andrea Garofalo
Acquaintance
June 13, 2021
I met Donald a few years ago when he came to Myrtle beach to stay for the winter , He had friends there and we just happened to be lucky enough to get to Know him then , he continued to be a friend to me and sort of stayed in touch when he would come down this last year after the pandemic or while it was ending Don Came down and I got to spend some time around him Went to eat with him a couple of times he came by my house and helped me with a project i was doing , He was such a great guy and would never take anything for helping you , I tried to help him out some he let me but not much He didn't deserve to leave us , There aren't many people around as good as he was. I will miss him much even thou he wasn't always here he stays in your memory forever. Even went to church here. St Michaels . he was a very giving and good man. I hope he didn't leave anyone in distress , I heard him say he was heading home to his sons wedding soon ? he was looking forward to it. I know he had lots of good friends who loved him as a family member here. I for one. My sincere sympathy and condolence ,to the Family. thank you .

Mike Grehl
Friend
June 13, 2021
The Myrtle Beach Liars Group is devastated. Donnie was an enjoyable addition. We will always remember Donnie. Our love to the family. Chuck Thomas
Chuck Thomas
Acquaintance
June 12, 2021
I first met Donnie almost 40 years ago now. It did not take long for us to become friends. Generous does not begin to describe him. I have always known him to be a kind and giving individual. May he Rest In Peace and his family find comfort and solace in the celebration of his life.
David A. Morgan, Jr.
June 12, 2021
I am so sad to see this. To me he is always Santa or Donnie. One of the great neighbors I was blessed to grow up with next door on Carol Drive in CS. I was 3 or 4 years old when he surprised my sister Cathy and I dressed up in as Santa near Christmas time with his elf carrying presents in a big red velvet sack. He made quite an impression so much so that whenever I saw him later in life I called him Santa much to the surprise of people around him. Rest In Peace Donnie. R/ John Urban
John Urban
Neighbor
June 12, 2021
Words cannot express how devastated we are to hear that our great friend Donny has left us. He was the most kindest, caring, thoughtful man we knew and a true, honest friend. We have so many great memories with him and are thankful for that. He did so much for the community and would help anyone. He was such an awesome Dad to Brad and Greg. We will miss that wonderful smile. Until we meet again Rest In Peace. To Brad, Greg and family sending you healing prayers and love. Gone from our sight, but never from our hearts. Love Dan, Lorraine Kontz & Family xxxx ❤
Lorraine Kontz
Friend
June 12, 2021
Although I have not seen Don for years, my last memory was during a visit to Clark’s Summit to see my family and I saw his smiling face while in one of the work trucks. It made me smile and think back to our high school days. The smiling photo of Don is simply beautiful and a great reminder to smile big and often. Wishing all of his family and dear friends peace and strength. My deepest sympathies.
Erin O’Connor McManamon
Classmate
June 12, 2021
Al, Carole and I were deeply saddened to hear of your brother's passing. Our thoughts and prayers are with you and your family at this most sorrowful time. God Bless.
Jimmy and Carole Curran
Friend
June 12, 2021
With Our Deepest Sympathy To The Entire Family. May The Perpetual Light Shine Upon Don Forever. R. I. P.
Sending Prayers!
Joe Gagliardi & Debbie Colarusso
Debbie Colarusso
Friend
June 12, 2021
I met Donnie when I first moved into my house on Abington rd. Next to the water company. He came over asking me for a glass of water pronounced ( wooder) and I knew he was from Philly like me. We got talking and here he had gone to the same school I did which was right behind my house in Springfield pa. Ever since that day we became very good friends. He and the other guys from the water company would help me watch my children when I needed to walk one of my daughters to St. Gregory's to kindergarten. I also remember the long, cold nights when a blizzard would shut thing down and Donnie was right there to help us get things back to normal. I had a lot of great memories with the sportsmans club and at the Onlee Place. You will be greatly miss my dear friend. Mary Beth Sloan (Churmblo)
Mary Beth Sloan
Friend
June 11, 2021
When I hired Donnie right out of Abington Heights High School, little did I know that he would become one of the most dedicated of Pa American Water associates, but also a good friend and a Masonic Brother. He was a dedicated public servant working for many years on Clarks Summit Borough council providing insight and direction to solve many problems and make his community a better place to live. Faith and I will miss him. I know we will see him along the way sometime.
David Guskey
Friend
June 11, 2021
Donny was such a great neighbor of my family and i for 8 years. What a great and charming, humble, and nice caring man he was it was an honor being his neighbor and friend. Thank you for all that you done for me and my family may you be at peace donny.
Seth Kurilla
Neighbor
June 11, 2021
I can’t believe your gone you will always be in my heart THANK YOU FOR THE GREAT memories I’m so going to miss you THANK YOU for always being there for metill we meet again.
Anne Marie Muraca
Friend
June 11, 2021
Where to start. I worked at the water company with Donnie for over 37 years, we spent many many nights repairing main breaks in sub freezing temperatures, but working with Donnie was always fun no matter the situation. We must of drank a million cups of coffee together laughing over every sip. He was always so full of life and fun. It always amazed me how he could never say no to anyone. i could write for days about this man we went through so much together, he was the brother i never had. we had our names for each other, he called me grub and i called him mouth. his memory will be with me forever. Mouth, we will meet again, signed, Grub.
Joe Graboski
Friend
June 11, 2021
Our hearts are broken. Never knew a better friend. Always willing to help and get the project going! Loved our visits and long talks. Miss you so our dear friend. May you be at peace. We are planting a tree by our patio you helped construct to remind us of you! You will forever be in our hearts.
Allan and Chris Perfilio
Friend
June 11, 2021
Showing 1 - 18 of 18 results