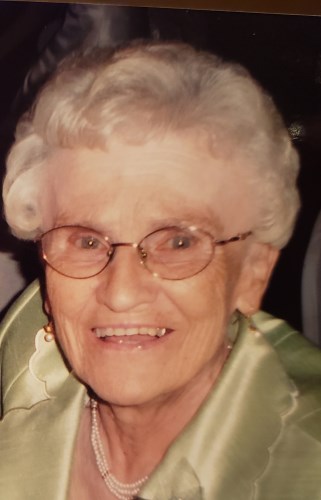 Born June 8, 1925, in Forest City, Dorothy was the daughter of the late Anthony and Mary Moraski Baranowski. She was a member of Ascension Parish, Forest City. She attended Forest City schools.

Dorothy was employed as a seamstress in the local garment industry, and then in 1966 started at the RCA Picture Tube Plant in Dunmore. After retiring from RCA, she, along with her late husband, were the caretakers of St. Agnes Church in Forest City until its closing. Dorothy was active in her community, having served eight years on Forest City Borough Council; she was also a longtime volunteer for the Forest City Recycling Center. She was a loving wife, mother and grandmother. Her grandchildren and great-grandchildren were the joy of her life.

She was also preceded in death by a son-in-law, Thomas Slack; three sisters, Lottie Zielinski, Stella Baranowski and Jean Statkun; and a brother, Joseph Baranowski.

The family would like to thank Dr. David Tomazic and the staff at the Forest City Nursing Center for the compassionate care provided to Dorothy the last two months.

The funeral will be Wednesday with a Mass of Christian Burial at 10 a.m. in St. Joseph's Church, Delaware Street, Forest City. Interment, St. James Cemetery, Pleasant Mount. Friends may call Wednesday morning at the church from 9:30 to Mass time.

Arrangements by the Jones & Brennan Funeral Home, 430 Main St., Forest City. In lieu of flowers, memorial contributions may be made in Dorothy's name to Ascension Parish, Forest City.

For directions or to send online condolences, visit the funeral home website.