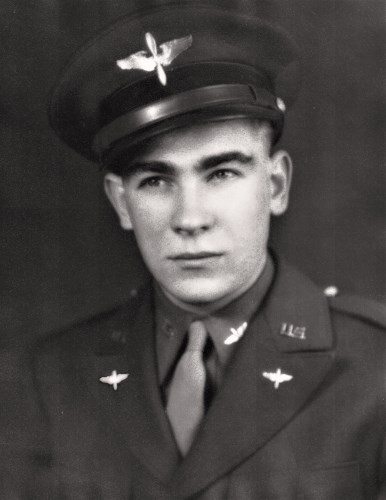 Age 100, Edward Joseph Ambrose died peacefully in Plattsburgh, N.Y., on Monday, Jan. 11, 2021. Born Aug. 18, 1920, in Taylor, Pa., he was the son of the late Joseph and Veronica Ambrose, brother to the late Frances Aulisio (Ambrose) and husband to the late Victoria Ambrose (Gondella), married for over 70 years.

Edward will be remembered for his altruistic lifestyle, determination to overcome adversity, adoration of his wife, and a myriad of timeless virtues that characterize a good man. He genuinely epitomized perseverance, empathy, integrity, modesty and humor, which carried him through every season of life.

In his youth, Edward always had an urge to fly a plane and dreamt of a career in aviation. In the 1930s, he held various restaurant and dishwashing jobs to produce extra income for his family, and in his free time, established a mink trapping line around Bald Mountain to sell the valuable fur to clothing companies. Remarkably, Edward's work ethic self-funded private flying lessons and proudly earned his pilot license, with money left over to purchase his own youthful freedom - an automobile. With a reputation as a hard worker and young man of principle, Edward was recruited by Ganall Co., where he established the foundation of his electrical engineering skills which later served him in life. For two years, Edward traveled throughout Lackawanna County and the Pocono Mountains to install, service and collect thousands of dollars from dozens of pinball machines and jukeboxes at popular restaurants, bars and grills.

At 21 years old, Pearl Harbor and an unwavering love for American ideals inspired Edward to enlist as a radio engineer in the Army. Once the Army discovered Edward's recent pilot license and self-taught electrical engineering skills, he received special orders to serve in the 20th U.S. Air Force where he became a central fire control specialist on the top-secret B-29 Superfortress heavy bomber in World War II. Edward was deployed to Tinian (Pacific Theater) and was assigned to the 58th Wing, 468th Bombardment Group and 792nd Bombardment Squadron where he completed bombing campaigns in the China, Burma and India theaters. Outside of flight missions, Edward cared for tent-mates sick with malaria and on Christmas night in 1944, survived the largest, and last Japanese-led bombing on the Mariana Island American air bases.

Following WWII, Edward returned to Taylor, where he met the love of his life, Victoria and enrolled in the RCA Radio Institute School of Engineering in New York City. After graduation, he and Victoria married in 1948, then began their lives together in Brooklyn, N.Y. Edward enlisted as a U.S. Air Force reservist and was employed as an engineer by Austin Electronics. Early in his career, Edward secretly adapted and adjusted precision equipment manufactured by his company to support Werhner von Braun's early missile-rocket research. As a result of hands-on field engineering successes, Edward and Victoria were sent throughout the USA so he could further develop and advance other American military technology, such as submarine and flight simulators for the U.S. Armed Forces. Most notably, as a result of Victoria's desire to raise children closer to their hometown, Edward demanded a transfer from Oakland, Calif., back to the northeast, and eventually settled in Vestal, N.Y., on Cortland Drive where they lived for over 50 years. He always stood firm on strong moral values, the proper way to treat a woman and respect for anyone he encountered. Despite the transfer, Edward's reputation as an engineer among the armed forces in simulators continued to flourish, and was assigned many complicated problems. The U.S. Navy commended Edward for the invention of a device to conform simulation trainers to actual aircraft engine operations, which resulted in Radio Institute's National Achievement Award. After 35 years of service, Edward retired from Singer/Link Aviation to dedicate the rest of his life to his wife, sons, daughters-in-law and grandsons.

During his career and after retirement, Edward was an active member in the Freemasons of Nathanael Greene Lodge No. 45 F&AM in Warwick, R.I., American Legion Post 89 in Vestal, N.Y., and belonged to All Saints PNCC Parish in Johnson City, N.Y. For decades, Edward and Victoria participated in countless fundraisers to aid veteran families in need of assistance, particularly women who lost husbands in service to the United States.

Edward is survived by two sons and spouses, James J. and Karen Ambrose, Cheswick, Pa., and Richard and Jeannine Ambrose, Plattsburgh, N.Y.; and grandchildren, James G. and wife, Maura, and Joseph J. With Victoria, Edward invested countless hours to travel and participate in every birthday, holiday and special milestone with their families. During the wedding ceremony of his son, Richard and daughter-in-law, Jeannine, Edward and Victoria passionately renewed their own wedding vows, which happened to fall within their 60th anniversary. For the next 11 years, Edward and Victoria were inseparable until she peacefully passed on March 17, 2019. Edward and Victoria strived to instill morality, hope and goodness in all circumstances of the lives they touched, and together, are truly role models for their surviving family. Their final resting place will be in the Gondella family plot at the Polish National Cemetery in Minooka, Pa. 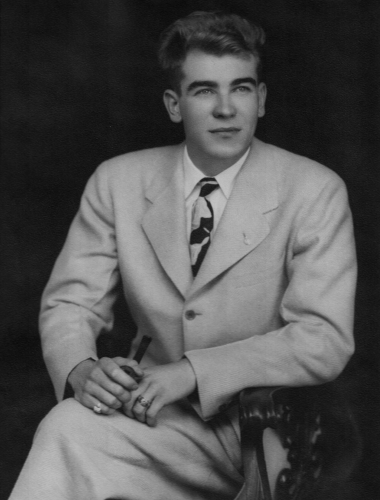 To plant trees in memory, please visit our Sympathy Store.
Published by Scranton Times on Jan. 15, 2021.
MEMORIAL EVENTS
No memorial events are currently scheduled.
To offer your sympathy during this difficult time, you can now have memorial trees planted in a National Forest in memory of your loved one.
Funeral services provided by:
Brown Funeral Home, Inc.
GUEST BOOK
Sponsored by Brown Funeral Home, Inc..
2 Entries
The New England Air Museum, home of the 58th Bomb Wing Memorial, sends its sincere condolences to the family and friends of this true American patriot and hero.