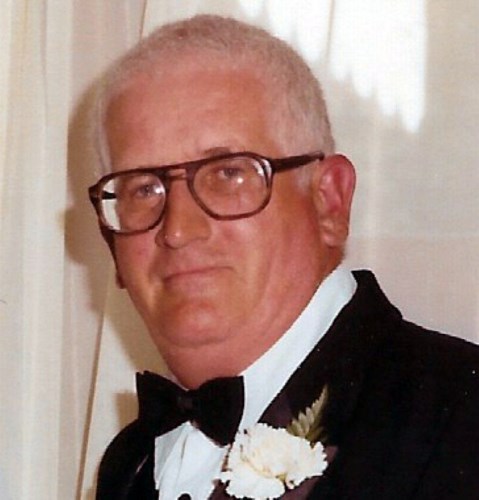 Edward F. Dominiak Jr., 92, of South Abington Twp., died Tuesday morning at Abington Manor. He was preceded in death by Marie A. Dominiak, his wife of 67 years.

Born in Scranton, he was the son of the late Thelma and Edward Dominiak Sr.

Before retirement, he was employed in the maintenance department of the Abington Heights School District.

He was preceded in death by a daughter, Patricia Grieboski and son-in-law Daniel, and two sisters, Dolores Arasim and Rita Lesinski.

A private memorial was held from the Church of St. Gregory, Clarks Green, with services by the Rev. John Lapera, pastor. Interment was in St. Joseph's Cemetery, Scott Twp.

The family would like to thank the staff at Abington Manor for their compassionate care.

To plant trees in memory, please visit our Sympathy Store.
Published by Scranton Times on Jun. 12, 2021.
MEMORIAL EVENTS
No memorial events are currently scheduled.
To offer your sympathy during this difficult time, you can now have memorial trees planted in a National Forest in memory of your loved one.
Funeral services provided by:
Lawrence E. Young Funeral Home
MAKE A DONATION
MEMORIES & CONDOLENCES
Sponsored by Lawrence E. Young Funeral Home.
1 Entry
Sue Sorry to hear of the loss of your Dad. My thoughts are with you and your family.
Addie Breznicky
June 13, 2021
Showing 1 - 1 of 1 results