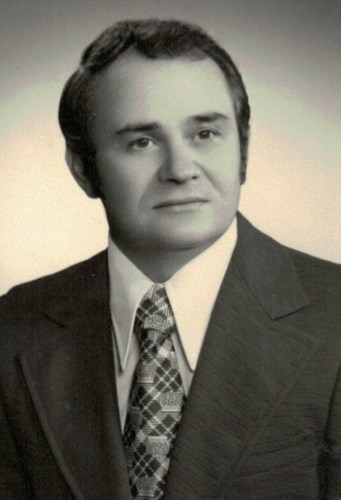 Born in Jessup, he was the son of the late Eugenio and Assunta Fanucci. He was a graduate of Jessup High School, class of 1946, and he was class president. He was a United States Army veteran during World War II and was part of the Occupation Forces in Japan. After the war he was employed by the Pennsylvania Turnpike Commission as a payroll clerk for 30 years until his retirement. He was a member of St. Mary's Assumption Church, Jessup, now known as Queen of Angels Parish. He was active in the St. Ubaldo Day Race of the Saints.

He served as president of Elkview Country Club and was named an honorary board of directors member. He also was the starter and announcer of the annual club championships for many years. He was a member of the Jessup American Legion and Veterans of Foreign Wars, and Club 100 in Jessup. He was a Little League baseball coach in the Jessup Midget Sports Association and was instrumental in forming the Ben Cardoni Baseball League and was its first commissioner. He was also the official scorer for the Scranton/Wilkes-Barre Red Barons and the New York Yankees triple A farm team. Jeep was also a well-known fixture on the playing fields throughout Northeastern Pennsylvania as a baseball umpire for more than 30 years. He officiated everything from Little League to college baseball at all levels. In honor of his distinguished athletic career, he was inducted into the Northeastern Pennsylvania Chapter of the Pennsylvania Hall of Fame.

The funeral will be held Thursday with Mass at 10 a.m. at St. Michael's Church, Jessup. Friends may call from 9 to 10 a.m. at the church.

Interment will be private at St. John's cemetery. For online condolences, go to www.margottafuneralhomes.com. Arrangements are under the care of the Margotta Funeral Homes.

Published by Scranton Times on Dec. 7, 2021.
To plant trees in memory, please visit the Sympathy Store.
MEMORIAL EVENTS
To offer your sympathy during this difficult time, you can now have memorial trees planted in a National Forest in memory of your loved one.
MAKE A DONATION
MEMORIES & CONDOLENCES
3 Entries
Sending my sympathy to your family. Although I did not know him, somehow I am sure that my dad (Paul Oles) spent many hours with him in the press box and in Jessup. It sounded like he was a wonderful person.
Marie (Oles) Priblo
Other
December 9, 2021
Rose, we r so sorry to hear about Jeep. We loved him. I will call u soon, take care of yourself.
Betty & Jerry Paparella
Friend
December 8, 2021
Rosie words cannot explain our feelings for you and Jeep, we love you and Jeep very much, he is now with his Lord in eternal happiness. I am sure Missy greeted him in heaven when he arrived on Sunday. May God bless you always. Sincerely Bob & Judy
Bob & Judy Mellow
December 7, 2021
Showing 1 - 3 of 3 results