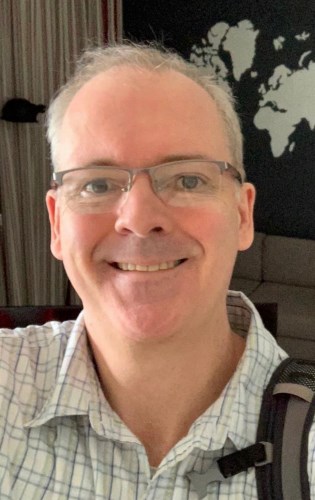 Born in Trenton, N.J., on April 16, 1969, Frank spent time in Duryea in his youth before graduating with honors from Peddie School, Hightstown, N.J., and earning his bachelor's degree from Occidental College in Los Angeles, Calif., in 1990. He initially worked as a stock trader and wealth management adviser for T. Rowe Price, Morgan Stanley and Prudential, all of Santa Monica, Calif., before joining the U.S. Peace Corps, where he served as a computer teacher to children in Belize.

Upon moving home, he then earned his Juris Doctorate from the William Boyd School of Law at the University of Nevada Las Vegas (UNLV). Upon graduation in 2007 and receiving admission to the Nevada State Bar, he first worked as law clerk for Judge Robert E. Estes, District Court Judge, Third Judicial District, Yearington, Nevada, before working as an assistant district attorney in Carson City, Nev. He returned to Las Vegas where he worked in family law before opening his own private practice firm, Phelan Law Firm.

A world traveler, Frank had covered much of the globe, including extensive time in Europe, Asia and South America. He also enjoyed wind surfing, mountain biking and camping.

An enormous loss to those who dearly loved him, as eloquently said by one of Frank's acquaintances: "We can only hope that the brilliance of Frank's life outshines the darkness of his loss."

He is survived by his mother and best friend, Louise (Stallo) Phelan, of Sun City West, Ariz.; an uncle, Carlo Stallo Jr., of Surprise, Ariz.; cousins, Ryan Ermel and Aaron Ermel; and friends.

He was preceded in death by his father, Frank Phelan; maternal grandparents, Carlo and Josephine Stallo, of Old Forge; aunt, Patricia M. Ermel, of Duryea; and cousin, Elaine Ermel.

To plant trees in memory, please visit our Sympathy Store.
Published by Scranton Times from Jun. 10 to Jun. 13, 2021.
MEMORIAL EVENTS
No memorial events are currently scheduled.
To offer your sympathy during this difficult time, you can now have memorial trees planted in a National Forest in memory of your loved one.
Funeral services provided by:
Kearney Funeral Homes
MAKE A DONATION
MEMORIES & CONDOLENCES
Sponsored by Kearney Funeral Homes.
0 Entries
Be the first to post a memory or condolences.