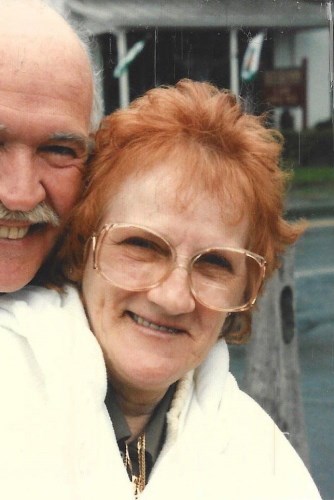 Geraldine passed away peacefully on Nov. 27 at Abington Manor. She was 93 years old.

Born in Philadelphia, she was the daughter of the late Francis Kelly and Ellen McShane. Geraldine was always a hard worker, often working two jobs to provide for her family, making sure they had the best of everything. She was a waitress for many years at Martins Deli in Philadelphia and was nicknamed "The Roadrunner" for how fast she was in providing services to the patrons, even waiting on some of the cast and crew from the movie "Rocky" when it was being filmed in the 1970s.

It was at Sherry's Restaurant that she met her partner, Thomas, who would often leave her $100 tips to garner her attention. They often went out dancing on their dates at the local clubs. Together, they continued to work hard, owning an ice cream truck business affectionately named "Tom and Gerry's" and a newsstand at the corner of Castor and Aramingo for many years.

Geraldine moved from Philadelphia to Promised Land in the late 1990s and resided there until 2018, spending the last several years with her family living in Jessup.

The family would like to thank all the nurses, CNAs and staff from both Abington Manor and Hospice of the Sacred Heart for their amazing care and kindness. We will always be eternally grateful and appreciative of all the hard work that you do.

Arrangements by the Morell-LaBelle Funeral Home.

Published by Scranton Times from Nov. 29 to Nov. 30, 2021.
To plant trees in memory, please visit the Sympathy Store.
MEMORIAL EVENTS
To offer your sympathy during this difficult time, you can now have memorial trees planted in a National Forest in memory of your loved one.
Funeral services provided by:
Morell-LaBelle Funeral Home
MAKE A DONATION
MEMORIES & CONDOLENCES
Sponsored by Morell-LaBelle Funeral Home.
0 Entries
Be the first to post a memory or condolences.