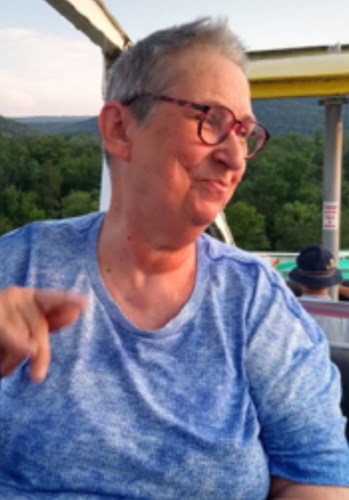 Helene M. Eibes, 67, of Moosic, passed away Saturday evening at Geisinger Community Medical Center after an illness. She was the widow of Nicholas Eibes Jr., who died April 14, 2016.

Born in Germany, she was the daughter of the late Joseph J. and Helene Bayer Lynch. Helene was a 1972 graduate of Dunmore High School and was employed by Harper-Collins Inc. for many years. She married Nicholas on March 24, 1973.

Helene had great love and affection for her brothers and sister.

Surviving are her daughter, Heather E. Canady and husband, Brian, of Moosic; her grandchildren, Caitlin, Dylan and Kara; her siblings, Joannie Brown and husband, Randy; Joseph Lynch and wife, Kathleen; Michael Lynch; and Christopher Lynch and wife, Cathy; nieces and nephews; and cousins.

She was preceded in death by her brother, Patrick Lynch.

A blessing service will be conducted Friday at 8 p.m. in the Howard J. Snowdon Funeral Home, 1810 Sanderson Ave., Scranton, with the Rev. Jonathan Kuhar as officiating clergy.

Friends will be received Friday from 5 to 8 p.m. at the funeral home. In lieu of flowers, memorial contributions may be made to the donor's choice.