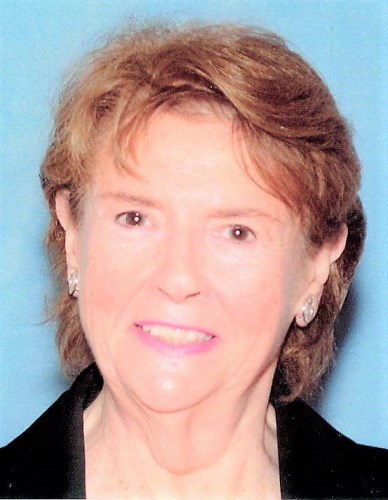 Jane Ellenbogen Oppenheim, daughter of Blanche and Daniel, a resident of Scranton and New York, N.Y., passed away June 10, 2021.

Born in New York City, she graduated from Hunter College High School, Hunter College, and earned a master's degree at Columbia University. Jane married the late Richard Oppenheim Sr., secretary-treasurer of Oppenheim's - the Scranton Dry Goods Company, and moved to Scranton. It was there she began her lifelong career of leadership and giving back through philanthropy, advocacy and education. Jane was involved with and passionate about numerous local, New York and national organizations. She served on countless boards, including Keystone College, University of Scranton - Board of Regents, United Neighborhood Centers, Everhart Museum, Voluntary Action Center, Junior League, CMC/Geisinger, Scranton Area Foundation, Temple Hesed, Union for Reform Judaism, Women of Reform Judaism, World Union for Judaism and Hunter College.

She was awarded an honorary doctoral degree by the University of Scranton, named a Distinguished Daughter of Pennsylvania, and was a recipient of Keystone College's Presidential Medallion and B'nai B'rith Americanism Award. In 2018, she was recognized by Jewish Family Services of Northeastern PA for her lifetime of service.

To those who knew her best, she will be remembered as having rarely lost a game of Scrabble, bridge or Boggle, being an avid fan of Broadway, and traveling the world, where she made friends wherever she went. But most of all, she said that family was the major blessing in her life. She leaves behind three children (Richard Jr., John, Ellen and their spouses), eight grandchildren (two spouses and one fiancé), and one great-grandchild to carry on her legacy.

Services will be held Monday at 10 a.m. in Temple Hesed, 1 Knox Road in Scranton. Interment will be privately held.

In lieu of flowers, the family requests memorial donations be made to Temple Hesed - religious school fund; United Neighborhood Center - Center for the Arts; and Jewish Family Services of Northeastern Pennsylvania.

To plant trees in memory, please visit our Sympathy Store.
Published by Scranton Times on Jun. 11, 2021.
MEMORIAL EVENTS
Jun
14
Funeral service
10:00a.m.
Temple Hesed
One Knox Road, Scranton, PA
Funeral services provided by:
Carlucci Golden DeSantis Funeral Home
MAKE A DONATION
MEMORIES & CONDOLENCES
Sponsored by Carlucci Golden DeSantis Funeral Home.
7 Entries
I bumped into Jane at a coffee shop in Portobello Road, London, some years ago. We just started randomly chatting and struck up an immediate , if very short term friendship. She wrote her name and address in my diary and I recently found it and looked it up on an internet search, only to find her obituary. Although I obviously barely knew her, she struck a chord with a fellow traveller from Australia. She was a very warm and friendly person, I am very sorry for her family's loss.
Christine Penglase
Other
July 9, 2021
Our sympathy to all of Jane's family on her passing. We knew her from Keystone College and the Everhart Museum. Always gracious, she was a classy lady and a true patron to so many causes. We are sorry she is no longer among us; but comforted that her generous influences live on in the community. Sincerely, Victor & Frank G. Robertson
Victor Gramigna-Robertson
Other
June 18, 2021
To Jane´s family, I send my sincere condolences for your loss. Over my years at Keystone College, Jane and I spent my happy times together attending so many events at the college and in the Scranton area. She was always interested and willing to help students, all her favorite colleges, the many organizations in the community. I felt Jane was a true friend. Blessings to the family.
Regina Boehm
Friend
June 16, 2021
Please except my deepest sympathies to you and your family at this time of grieving. May God be with you and your family in this time of sorrow.
Simone Taylor
June 14, 2021
I believe that people are placed in communities for a reason. Jane came to scranton to make it better and she accomplished that task and more! I will miss our chats...I will miss our road trips. Rest well my good friend and mentor. Job well done !
Gary Drapek
Friend
June 12, 2021
I am sorry for your loss; it is a loss shared by the many communities Jane impacted. I served on the Keystone College Board with Jane and our lives crossed in many other ways. I was proud to call her my friend. Jane was such a force if nature-whip smart, funny, and generous. I am sorry that I live out of town and will be unable to celebrate her life with you.
Sharon Meagher
Other
June 12, 2021
Jane was one of the most significant women in my life. From community involvement to political advocacy, she was a force to behold. So many fabulous memories of my wonderful friend. I mourn her loss and celebrate her life.
Toni Alperin Goldberg
Friend
June 12, 2021
Showing 1 - 7 of 7 results