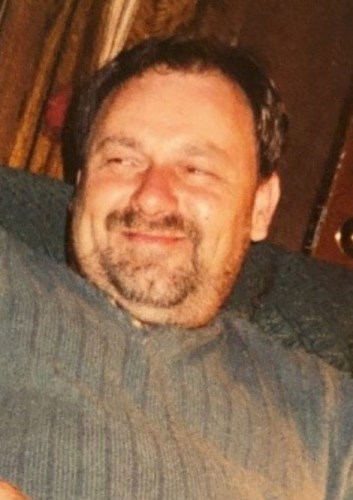 He carries with him his strength, his sly razor-sharp humor, determination, his lifelong work ethic, his multiple talents (he was truly a JACK of all trades!), his passion for fishing, being on the water and boats of all kinds. He also takes with him his sense of adventure and discovery, his lifelong pursuit of new experiences, his tenderness toward all he loved best, his joy in being around young folks, his ability to drive from Pennsylvania to Florida overnight (1,200 miles), which resulted in a good many tickets. He possesses his rock-solid sense of integrity and zero patience for BS, and a deep and unending love for his wife, Sue, and his son, John Jr., and all the friends he held dear.

He'll be meeting back up with those who preceded him to his destination: his father, Robert Abbott; his mother, Helen (Howell) Abbott; his older and much loved brother, Thomas Maines; his dear friend, Alan Vogel; and his longtime friend and fellow trucker, Lester Seamans.

He leaves behind his long-suffering wife, Sue (Vermeiren Palmer) Abbott, who loved him from the minute they met and always will; his oldest son and constant shadow, John Abbott Jr. and wife, Larissa; his other two children, Melissa and Kevin Abbott; a brother, Robert Abbott; and a sister, Helen Helbing. Also, his niece, Brandy Helbing-Wilbur; two great-nephews, Keath and Orian Wilbur; and three grandchildren; and a good many friends who loved him.

There will be no viewing or funeral, as he hated those things. He will be cremated and his ashes spread at a small ceremony at a later date.

In lieu of flowers, feel free to contribute to a worthwhile charity of your choosing in John's name.

He was a unique and vibrant man who never stopped learning, trying new things, adventuring and caring for those close to him. He was quiet in his demeanor, a good listener and smart as hell.

If there is one thing John would want you to take away from his unexpected passing it would be: Don't wait. Dream, do it, share and love. TODAY

Published by Scranton Times on Nov. 17, 2021.
To plant trees in memory, please visit the Sympathy Store.
MEMORIAL EVENTS
To offer your sympathy during this difficult time, you can now have memorial trees planted in a National Forest in memory of your loved one.
MAKE A DONATION
MEMORIES & CONDOLENCES
1 Entry
Sue, that was a beautiful way to describe John and your lives together. Even though we never met I am truly sorry for your great loss. Take care of yourself.
Nancy carroll
Friend
November 17, 2021
Showing 1 - 1 of 1 results