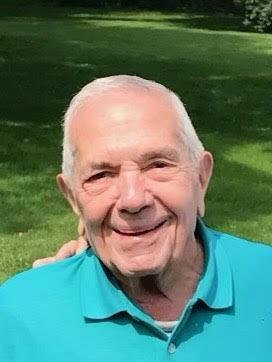 Born in Scranton, he was the son of the late John F. and Madeline Verrone Bronzo. A 1947 graduate of West Scranton High School and a 1951 graduate of the University of Scranton, he received a B.A. degree in accounting. Before retirement, John had been employed by the Washington Times Herald newspaper from 1951 to 1953 and retired from General Electric Aerospace in Johnson City, N.Y., and Pa., from 1953 to 1989, where he held a position in financial management.

John resided in Moscow since his retirement in 1989, was a member of St. Catherine of Sienna Church and had been a member of the board of directors, Johnson City, N.Y., Lions Club.

He is survived by his niece, Donna Hughes McDonald; and nephew, Gary Hughes, both of Atlanta; and Terry McDonald, Moscow; great-nieces and nephews.

He was preceded in death by his sister, Elizabeth "Betty" Hughes, in 1980.

Mass of Christian Burial will be celebrated by the Rev. Richard Fox on Thursday at Immaculate Heart of Mary Chapel, 1605 Oram St., Scranton. Interment will follow in Cathedral Cemetery.

There are no calling hours at the funeral home or church.