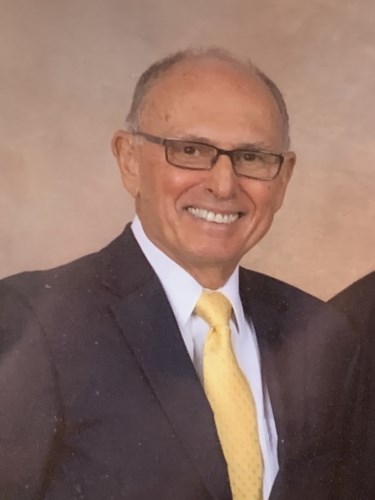 John A. "Jack" Brunetti of Archbald passed away unexpectedly at his home Monday evening, one month before turning 78.

Born in Peckville, he was the son of the late John and Helen Vispi Brunetti. John was a graduate of Jessup High School, class of 1961. While working for Acme Markets, he attended evening college and graduated from the University of Scranton in 1970. He joined Carnation Company as a sales rep at that time and retired from Nestle Foods as a district manager. He then took on a new venture with his brother-in-law, P.J. Gillott and started P&J Development, building townhomes until 2012. He had to give that up at that time due to a frontal lobe disorder he developed which caused him to become non-verbal.

John was a member of Sacred Heart of Jesus Parish in Peckville. Jack proudly served our country in the United States Army National Guard from 1964-1970. He was an avid Penn State fan and loved the Nittany Lions.

Jack married Diana Baron from Berwick, and they would have celebrated 55 years of marriage this Aug. 27. Jack and Diana had the good fortune to enjoy many years of traveling to many destinations. His favorite was Italy and he was very proud of his Italian heritage. He became active in UNICO and served as president of the Scranton Chapter in 2010. He went on to receive dual citizenship in Italy.

The funeral will be Friday with Mass of Christian Burial at 10 a.m. in Sacred Heart of Jesus Church, 1101 Willow St., Peckville. Everyone attending the Mass is kindly asked to proceed directly to church. Entombment with military honors will follow in Our Mother of Sorrows Cemetery, Finch Hill.

Friends and family may pay their respects today from 5 to 8 p.m. in the Arthur A. Albini Funeral Home, 1003 Church St., Jessup. In lieu of flowers, memorial contributions may be made to the University of Scranton, 800 Linden St., Scranton, PA 18510.

To plant trees in memory, please visit our Sympathy Store.
Published by Scranton Times on Jun. 9, 2021.
MEMORIAL EVENTS
Jun
10
Calling hours
5:00p.m. - 8:00p.m.
Albini Funeral Home
1003 Church St, Jessup, PA
Jun
11
Mass of Christian Burial
10:00a.m.
Sacred Heart of Jesus Church
1101 Willow St., Peckville, PA
Funeral services provided by:
Albini Funeral Home
MAKE A DONATION
MEMORIES & CONDOLENCES
Sponsored by Albini Funeral Home.
10 Entries
I am so sorry for your loss. If there is anything I can do, please call. You are all in my prayers. I believe he is back to his old self and watching over you.
Ellen Butash and family
Friend
June 11, 2021
Diana, so sorry to hear of Jacks passing. He always had a joke and a smile. My sincere condolences to you and your family. Prayers to all.
Diana Rightmire
Work
June 10, 2021
Our deepest condolences to Diane, Stevie, Mark, Helen Marie, and family. We are so incredibly sorry to hear about Jack. He was such a wonderful man, friend, and neighbor. He will truly be missed. Praying for you and your family during this difficult time. Love you, Denise, Jean, and Pat
Denise Black
Friend
June 10, 2021
Diane, Steve, Mark, Helen Marie and family, I am so saddened to read about Jack´s passing. He was always a perfect gentleman and had a warm way about him. Please know you are in my thoughts and prayers during this trying time.
Sean Scanlon
June 10, 2021
Diana I am so saddened to hear of Jack´s passing. He was a special person to me. Your wonderful care of him was admirable. May he Rest In Peace and may you be at peace knowing you were always there for him.
Debbie Belfanti
June 9, 2021
Deepest sincere condolences to Jack´s family. I worked with Jack at Nestle & he was a great manager, mentor & friend. Always with you in your heart & memories.
Madeline Deegan
Friend
June 9, 2021
Dear.Helen Marie & family, I am so sorry to hear of Jackie's. death. He was such a nice person. My prayers and thoughts are with the whole.family
Barbara Karsnak
Family
June 9, 2021
Jack, See you Friday Tomaino s Lounge!
Bobby
Friend
June 9, 2021
I am so sorry to hear of the passing of John. He was my manager at Carnation, a wonderful caring person. May God be with your family at this most difficult time. Rest In Peace John.
Shawn Casey
Friend
June 9, 2021
So sorry to hear about the passing of Jack. I worked with and for him for years with Nestle. God bless my friend. Rest In Peace .
Bob Lampman
Friend
June 9, 2021
Showing 1 - 10 of 10 results