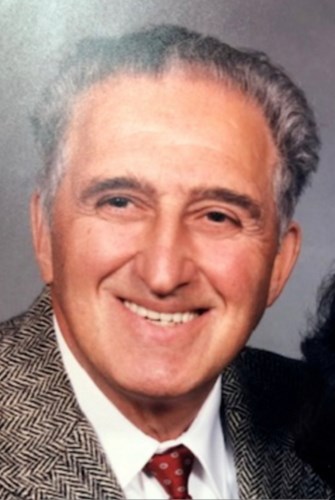 Born in Brooklyn, N.Y., son of Concetta and Nicholas Gallo, he was a United States Army veteran who served during the Korean War. After returning from service, he became a proud employee of the American Bible Society in Brooklyn, N.Y. John moved to the Scranton area, where he met his wife, and worked many years for J.C. Penney's, Amber Tile and Trane Corporation. He enjoyed gardening, reading his bible and cheering for his favorite baseball team, the New York Yankees, where as a young boy, he worked at Yankee Stadium selling concessions.

He loved the Lord and talking about the love of Jesus to anyone he met. He longed for the day when he would be reunited with his dearly loved wife in the presence of the Lord and joyously that day has come!

He was preceded in death by his siblings, Salvatore, Carmelita "Millie", George, Joe "Pepe", Annie, Theresa "Tessie" and Fortunada "Fugi".

A viewing will be held Friday from 5 to 7 p.m. at the Eagen-Hughes Funeral Home, 2908 Birney Ave., Scranton. Private interment, Italian-American Cemetery, Scranton.