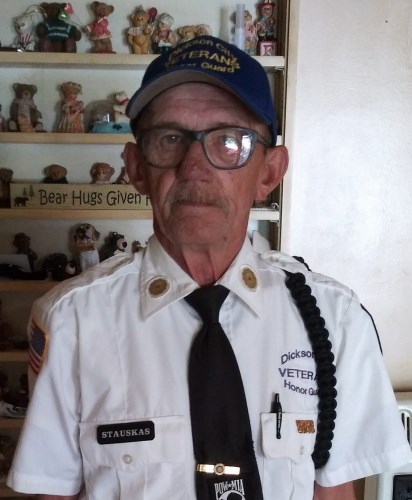 Joseph (Hot Dog) Stauskas, 67, of Dickson City, died on Sunday, Dec. 5, 2021, peacefully at home with his fiancée, Claudette Buchanan, at his side.

Born June 5, 1954, in Scranton, he was the son of the late Joseph and Mary Glusauskas Stauskas. He was a graduate of Scranton School District and, prior to retirement, he was employed as a mechanic. He was a member of the Sons of the American Legion Squadron 665, Dickson City, and also a member of the Dickson City Veterans Honor Guard.

Joe was a jack of all trades who was willing to help anyone in need. He loved to tinker with cars and any household project. He was honored to be a member of the Dickson City Honor Guard. He will be deeply missed by his family and friends.

He was preceded in death by a brother, Kazimer Stauskas; and a sister, Ona Yankow; and an infant sister.

Friends may call on Tuesday, Dec. 7, 2021, from 6 to 8 p.m. at the Frank T. Mazur Funeral Home Inc., 601 Dundaff St., Dickson City. Joseph's family requests anyone attending the viewing to kindly wear a mask. To leave an online condolence, visit the funeral home website.