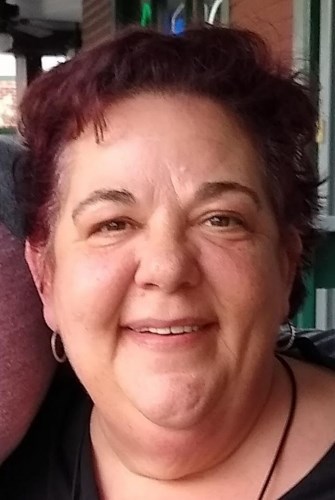 Though she passed away Wednesday surrounded by family, friends and the phenomenal ICU staff (thank you, Drs. Terry Lenahan, Tom Roe and John Curran) at the Mercy Regional Hospital, her love lives on and inspires hundreds of lives in the area and beyond.

She is here, in her eldest son JT's hardworking children, Brianna, Moose, Rayne, Tara Lee and Tavian. Lauri can be seen in the openness and kindness Moose shows toward fellow employees, diverse friends and his aunts and uncle. Yes, he learned that from Lauri.

Lauri can be found throughout the Lackawanna County Prison where her second son, Derek, a senior guard, has spread respect and warmth in a tough setting for 15 years.

She's in her son Michael Ray's big laugh and two wondrous children, Tayla and Amaya, who were not only Lauri's cohorts in shopping madness, but have spread her love to Lakeland, Carbondale and beyond.

Lauri was one of six kids growing up, created by Tom and Shirley Lavelle, who were, as cousin Johnny Hart puts it, "diverse before it was cool to be diverse."

Her younger sister Kim brought spinal cord patients new life at Allied Rehab for 25 years. Together these two elder sisters have maintained a life of quality and joy for younger sister Kelly, born deaf and autistic and herself a specially-skilled worker at Allied for 30 years. To visit Kelly's annual Allied Christmas party is to witness what humanity CAN be - a rainbow of 200 specially-abled workers from Down syndrome to autistic to physically-challenged, all rockin' and rollin' to EJ the DJ Dougher's wild spins.

Go to Sky View to see more of Lauri as she has supported her little sister, Beth, throughout Beth's 25 years of service to the underprivileged and immigrants, finding them homes, shelter and new life in South Side.

And yes, you can find Lauri on the North Scranton Vikings football field, where her baby sister Tish coaches 5 to 8-year-old kids of every color and background, hoping to make them her next London Montgomery. Tish's boys, Grayson and Packy share that Lauri Lavelle love with fellow employees at Pepper's and Verrastro's, and in myriad friendships that leave many asking, "why are they so nice to ME?"

Lauri's love can even be found 10,000 miles away in Thailand, where her brother Todd Tongdee writes, sings, performs and produces festivals, books, TV shows, workshops, using so much of the positive energy and out-of-the-box wisdom Lauri and her family have shared and supported.

Lauri loves and listens. Any gathering of her sons' friends will produce young energy of every color, laughing, teasing, rapping, ALL in the shadow of her respect and open-minded mentorship. Lauri has always employed her own colored past to listen hard to many going through their own troubles and helping them to find their way.

The Lavelle's decided long ago to invest in love and kindness. Shirley Lavelle taught her kids to forgo the "get yours" attitude of many and instead to "give first and ask questions later."

Lauri Lavelle put that philosophy to practical use for 40 years. It worked for her and all those she touched, inspired. It made her pretty happy, too.

She left us all much too soon - a shock, yes. But, Lauri lived life, learned life, loved life hard and well. It is our responsibility as beneficiaries of her love to not only keep her alive in our own kindness and loving. We owe it to her to take Lauri's Love, as she would want, to the next level, to love better, stronger, more efficiently.

Thank you all for your kind words, shared grief and mutual celebration. It is an honor to have known Lauri and she lives on in us all.

In her final act of giving, Lauri has donated her organs to confirmed recipients and to science. We ask that instead of flowers or food, you send donations to the Boys and Girls Club of Scranton, in her name, "Lauri's Love" as they, like the Lavelle's, have opened their home to so many.

A viewing service will be held at the McGoff-Hughes Funeral Home, corner of Capouse and New York Street, Scranton, Sunday, Dec. 5, 4 to 7 p.m. A final viewing will be held Monday at 9:30 a.m. at St. Paul's Church, Penn Avenue, Scranton, followed by a funeral - a celebration of life - at 10:30 a.m.

Should anyone have pictures, video, "Lauri Stories" to share, send them to her Facebook page or email them to [email protected]

Published by Scranton Times from Dec. 2 to Dec. 3, 2021.
To plant trees in memory, please visit the Sympathy Store.
MEMORIAL EVENTS
Dec
5
Viewing
4:00p.m. - 7:00p.m.
Mcgoff-Hughes Funeral Home
1401 Capouse Ave, Scranton, PA
Dec
6
Viewing
9:30a.m.
St. Paul's Church
Penn Avenue, Scranton, PA
Dec
6
Celebration of Life
10:30a.m.
St. Paul's Church
Penn Avenue, Scranton, PA
Funeral services provided by:
Mcgoff-Hughes Funeral Home
MAKE A DONATION
MEMORIES & CONDOLENCES
Sponsored by Mcgoff-Hughes Funeral Home.
8 Entries
Rest in Peace, Lauri. My sincere condolences. Sharon
Sharon McPhillips Gursky
Other
December 8, 2021
So very sorry to hear of Lauri's passing. May she Rest in Peace.
Joann Quinn Igoe
Other
December 7, 2021
I am still processing the news of Lauri´s passing. As I struggle for something positive to say, I am happy to say that I knew and spent time with Lauri through the years. I watched her grow and become a beacon of strength for her Family and Friends. Lauri´s beautiful Family is a shinning example of what a loving and fine woman and human being she was. Being around the Lavelle´s and Lauri made my adolescence bearable. Lauri IS love and her love will carry on through her Sons and Grandchildren. Much love to Lauri´s Family and my most sincere condolences. <3
Jessica Ostrowski
Friend
December 4, 2021
Oh how my heart breaks for all of you- Lauri´s children, her siblings and her many, many friends. I haven´t seen her in several years- but when I did see her I always left with a smile. Smart, sassy and full of pride for her family- much like Tom and Shirley! I´m sending prayers and love to you all Lavelles- just another `Germ City´ kid gone too soon. The finest place to grow up!
Posey Lynott Lavelle
December 3, 2021
You don't spend time with a Lavelle without a good happy laugh. Lauri's snark and smile were infectious. So sorry to hear of her passing. Godspeed and give your mama a big hug, Lauri. My prayers for the family in dealing with your loss.
Colleen Scott
December 3, 2021
My deepest sympathy and prayers to your family you were a beautiful woman R.I.P
Mer Gallagher
Other
December 3, 2021
Lauri touched many lives with her special love. She welcomed us into the family with kindness and love she showed our son and brother Joe. Her arms were always open for a hug. You will be missed deeply. Give Joe a hug and kiss from us. Fly high with the Angels!
Stancy & Amanda Hilbert
Family
December 3, 2021
My deepest sympathies to you and your entire family.
Michelle Barnard
Friend
December 2, 2021
Showing 1 - 8 of 8 results