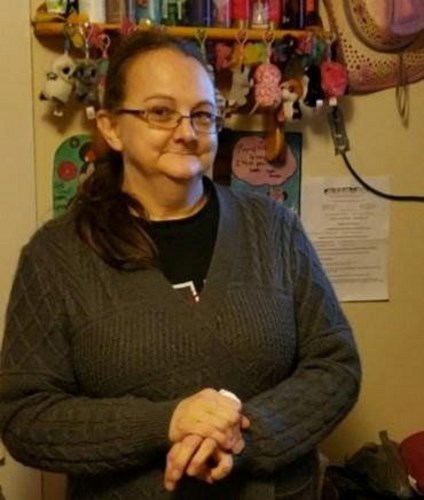 Linda Holley Eakle, 56, of Throop, formerly of Carbondale, died Monday evening at Geisinger Medical Center in Danville after an illness.

Born in Scranton, daughter of the late William and Venna Parker Sylvester, she was a graduate of Carbondale Area High School. Before her illness, she was employed as a baker for Walmart in Dickson City.

She enjoyed baking, sewing, swimming, all kinds of outdoor activities and spending time with her children, grandkids, family and friends. She was a fun-loving, strong and positive person, who would always put others ahead of herself and will be greatly missed by everyone who knew her.

In addition to her parents, she was preceded in death by her loving sister and childhood best friend, Helen Davis, of Carbondale; and other family members and close friends.

A celebration of her life service will be announced at a later date. There are no funeral home calling hours.

Published by Scranton Times on Dec. 1, 2021.
To plant trees in memory, please visit the Sympathy Store.
MEMORIAL EVENTS
To offer your sympathy during this difficult time, you can now have memorial trees planted in a National Forest in memory of your loved one.
Funeral services provided by:
John J Turko & Sons Funeral Home Inc
MAKE A DONATION
MEMORIES & CONDOLENCES
Sponsored by John J Turko & Sons Funeral Home Inc.
2 Entries
My condolences to all of Linda´s loved ones. I only met her once and thought she was a sweet lady. She did a great job raising my daughter-in-law, Linda. May she rest peacefully in her eternal life.
Joyce McLain
December 3, 2021
There are no words to describe how difficult it is to begin navigating a world without you. It feels so empty and cold but I´m glad your not in pain no more and no longer have to suffer. I will always love you more than you ever knew
Linda
Family
December 1, 2021
Showing 1 - 2 of 2 results