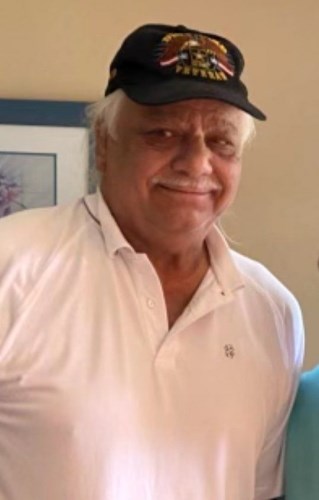 Louis J. "Joe" Martinelli of Dunmore died Tuesday at home. He is survived by his loving wife and best friend, Dobbie Oswald. They would have been married 45 years in May.

Born in Duryea, he was the son of the late Joseph V. and Kathleen Martinelli and the late Eleanor Matiko Martinelli. He was a graduate of Pittston Area High School, class of 1968. He was a veteran of the United States Army, serving in the Vietnam War as a Military Police 211 Century Dogs. Prior to retirement, he worked for GNB/Exide Battery. He was a member of Dunmore United Methodist Church.

Joe was the guy that would talk to anyone, at any place. He remembered faces and names of people he hadn't seen in years. He loved watching movies, sports, fishing and taking walks in the woods. He played football for the 1967 championship team at Pittston Area. Upon returning from the Vietnam War, he played for the Lackawanna County Eagles 1972-73 and the Northeast Stars from 1974-76. In recent years he loved to cook, garden and play with his grandchildren, Ethan and Aidan. He will be remembered lovingly for his big hugs and being a Mr. Fix-it.

A blessing service will be conducted by the Rev. Thomas Taylor on Friday at noon at the Albert P. O'Donnell Funeral Home, 2025 Green Ridge St., Dunmore. Interment, Dunmore Cemetery.

Friends may call Friday from 10 a.m. until service time.