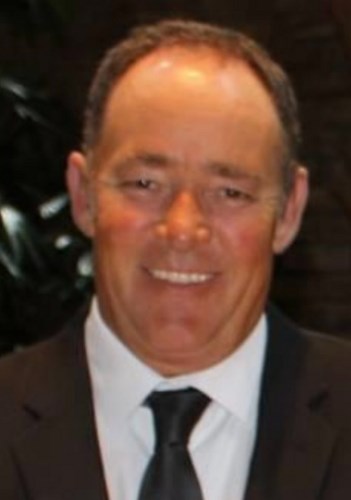 Paul George Morgan, 65, of Scranton, died peacefully at home Tuesday evening in the presence and embrace of his loving family after a heroic six-year battle with renal cell carcinoma. His wife is the former Jackie Goldsworthy and they were set to celebrate 45 years of marriage on April 10. Their love was a lifelong relationship which began as high school sweethearts at the age of 13 and was one to be revered right until his final moments.

Born in Scranton, the son of the late George and Lorraine Fanning Morgan, he was a loyal member of St. Patrick's Catholic Church, lived a life devoted to Jesus Christ, and was a graduate of West Scranton Central Catholic High School.

He was employed by Trane Company for 20 years until the plant shut down and then spent the next 20 years in a pipefitting career under the tutelage of close family friend Jerry Beck at Beck & Beck Heating and Cooling. Prior to retiring due to his illness, he was employed as a security guard/maintenance man at the Scranton Housing Authority. He served on the Trane Employee Federal Credit Union Board of Directors and as a Plumbing and Pipefitters Union representative.

Paul enjoyed bowling and fishing, always dreaming of a retirement on the water. He was a selfless man, constantly giving to others ahead of himself. Many across West Scranton would say that Paul could do anything, and he was quick to serve as an on call handy man for anyone who needed help. During his children's athletic years, he could famously be found morning, noon and night at the Lackawanna Little League/West Scranton Falcons complex where he served as a board member, vice president, commissioner, coach, videographer and field maintenance leader. His work was consistently in the best interest of the kids and community who called those fields home. He did all the little things behind the scene to make sure others were happy and safe, which was recognized by his receipt of the Lackawanna Little League/District 17 Volunteer of the Year Award and special recognition from Congressman Don Sherwood after heroically entering a suddenly collapsed house to ensure the safety of the affected family and those nearby.

His battle with cancer was a complex one which included clinical trials, numerous surgeries and therapies, and side effects which often left the medical staff bewildered. However, Paul's altruistic and determined attitude would not allow others to know what he was experiencing. He never once complained, he never once asked for help and he never once quit. He always had the attitude that his suffering would someday prevent someone else from experiencing the same. Right until his last days, he fought harder than anyone could have asked for, and despite his pain and fear, he gathered enough energy to acknowledge everyone who visited him with his bright and warm smile which would light up the room, so that they knew he loved and appreciated them. All who knew Paul, as family or friend, have been blessed to have him in their life. He made the world a better place by living a life of honesty, integrity and authenticity.

He was also preceded in death by mother-in-law, Helen Goldsworthy, who we lost 27 years ago also on April 6; "brothers," Henry Deily, Horace Davies and James Popovich.

The family would also like to express gratitude to everyone who donated or helped along the way, your generosity and prayers are a true testament to the man he is. The "Pitching in for Paul" fundraiser, held in 2017 and attended by over 2,000 friends and family, was a perfect reflection of what he meant to the people around him and provided the resources necessary for his care. We would also like to thank the dedicated medical and support staff at Fox Chase Cancer Center, Hematology/Oncology Associates of NEPA, Dr. Mark Lyons, Jade Holley, Brian Gammaitoni at Nockley's Pharmacy, and Allied Rehab and Hospice Service who guided Paul throughout his journey.

Friends may call Thursday, 4 to 7 p.m. Memorial donations may be made to the Children's Craniofacial Association, in honor of his great nephew Jeremy Dale, at www.ccakids.org.