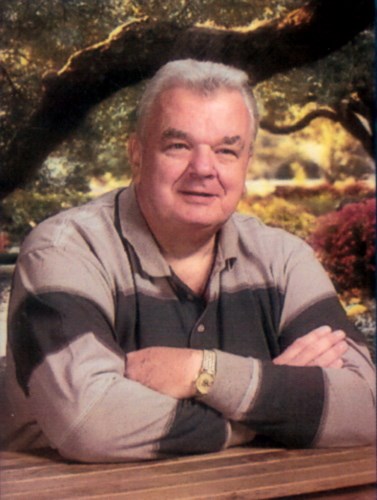 Paul Joseph Waldek Jr. of Rockaway Twp. passed away on Friday, Nov. 26, 2021, at Morristown Memorial Hospital, succumbing to injuries resulting from an auto accident on Oct. 20.

He shared 79 years of love, laughter and priceless memories with family, friends and students. Born in Scranton, Pa., to the late Paul and Susan Waldek, Paul met his wife of 57 years, Mary Ann Pszeniczny, during high school. He graduated with a bachelor's degree from the University of Scranton, then moved to New Jersey and received his master's from Seton Hall University. Paul and Mary Ann began their family in New Jersey and found their forever home in Rockaway Twp. Paul worked in education for 47 years, 42 of those he spent at his cherished Morris Plains Borough School District, where he became a notable person in the community. He was an active parishioner at St. Clement Pope and Martyr Church in Rockaway Twp. Paul was a member of two Knights of Columbus, 4th Degree Member of Boonton and 3rd Degree Member of Dover. He also took an active part in the Rockaway Twp. Republican Committee for many years.

Paul leaves a lifetime of memories to his dearest wife, Mary Ann; his beloved three children, Kim McCarthy and her husband, Thomas, of Suwanee, Ga.; Kristine Waldek and her dear friend, Adam Cichowski, of Rockaway Twp.; and Karl Waldek and his wife, Cassandra, of Branchburg, N.J.; his cherished grandchildren, Kendall and Kadyn McCarthy and Juliet and Jackson Waldek. He is also survived by his cousins, Trudy Pendrak and Fr. Joseph Gross, along with many more extended family and friends.

In lieu of flowers, donations may be made in his memory to St. Jude Children's Research Hospital, 501 St. Jude Place, Memphis, TN 38105. www.stjude.org.

Published by Scranton Times on Nov. 30, 2021.
To plant trees in memory, please visit the Sympathy Store.
MEMORIAL EVENTS
Dec
2
Visitation
2:00p.m. - 4:00p.m.
Tuttle Funeral Home
272 Highway 10, Randolph, NJ
Dec
2
Visitation
6:00p.m. - 8:00p.m.
Tuttle Funeral Home
272 Highway 10, Randolph, NJ
Dec
3
Funeral Mass
10:00a.m.
St. Clement Pope and Martyr
NJ
Funeral services provided by:
Tuttle Funeral Home
MAKE A DONATION
Please consider a donation as requested by the family.
MEMORIES & CONDOLENCES
Sponsored by Tuttle Funeral Home.
5 Entries
Dear Waldek family, you have my deepest sympathy with your loss. Mr. Waldek was my teacher in the early 70´s at Borough school. No teacher has ever had such a positive impact on my life as he. He taught so many life lessons. He taught me how to read a road map, how to balance a checkbook and how to understand my parents as a young teenager. I will always have fond memories of him. Cherish all your memories. He will be missed by many.
Laura Reeder (Sickles)
School
December 11, 2021
Deepest sympathy Mary Ann you and your family will always be in my prayers - God Bless!
Joe Georgalas
School
December 8, 2021
Mary Ann I am so deeply sorry for your loss. Please know that I will keep you and the family in my prayers. Love Carol.
Carol Wasalinko
Friend
December 2, 2021
All 3 of my children went to Borough School and two of them had Paul for Math. He was a wonderful teacher and a kind and supportive person! He was big and imposing but they knew he was a "teddy bear" underneath. My son graduated in 1990 and my daughter in 1993. Our sincerest condolences to his family. As my youngest child said, "everyone loved him!"
Sharon Buckley Hansbury
School
December 1, 2021
Dear Mary Ann, Please accept our sincere condolences. Paul is in our prayers.
Nancy and Richard Gogolkiewicz
Family
November 30, 2021
Showing 1 - 5 of 5 results