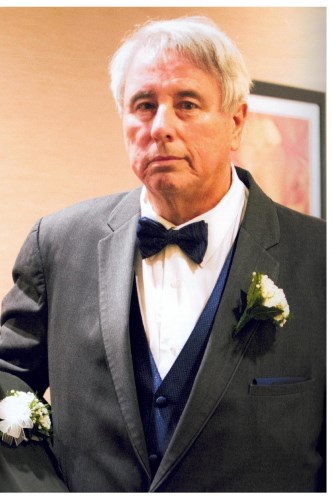 Born June 2, 1947, in Scranton, he was the son of the late Robert and Ethel (Wroe) McLaughlin. Robert was a United States Air Force veteran, serving from 1966 until 1970. Before his retirement, he was employed by Lockheed Martin as an electronic field engineer. Robert coached Little League baseball for several years and was a member of the Dickson City American Legion and the Moscow Lodge #504. He was responsible in part for the reorganization of Holy Rosary Troop #57 Boy Scout Troop. He was the scoutmaster for nine years.

Robert loved woodworking and spending time with his family. He will be dearly missed.

Published by Scranton Times on Nov. 30, 2021.
To plant trees in memory, please visit the Sympathy Store.
MEMORIAL EVENTS
To offer your sympathy during this difficult time, you can now have memorial trees planted in a National Forest in memory of your loved one.
Funeral services provided by:
Howard J Snowdon Funeral Home
MAKE A DONATION
MEMORIES & CONDOLENCES
Sponsored by Howard J Snowdon Funeral Home Duffy & Snowdon Funeral Homes.
2 Entries
Lorraine, And Family, I Am So Very Sorry. I Didnt See The Paper Till Late. I Will Keep You All In My Prayers. God Bless You All. Kathy Snyder
kathy snyder
Friend
December 1, 2021
May God bless you and your family in this time of sorrow.
Ann Sweeney
Friend
November 30, 2021
Showing 1 - 2 of 2 results