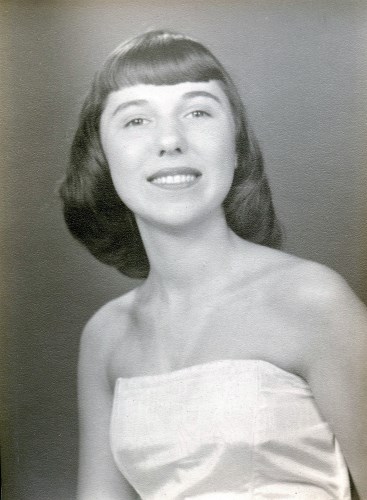 Theresa (Terry) F. Brennan, of Scranton, died Oct. 20, 2020, at home, aged 88. A retired caseworker for the American Red Cross, she was a lifelong aficionado of jazz, dedicated follower of fashion, inveterate Anglophile, devout Catholic, and tireless advocate for numerous cultural and civic associations in Northeast Pennsylvania. She was predeceased in 2013 by her loving husband of 53 years, Col. (Ret.) David N. Brennan, and leaves three devoted children and five grandchildren, and scores of friends of all ages.

Terry Brennan was born in Dunmore on Nov. 13, 1931, as the sole child of John Fedor Jr., a mechanic, and Mary Wakula, a silk factory worker. Both her mother and father had roots in the town of Drugethaza, then part of Austria-Hungary but now in Ukraine. After a divorce, her mother married Edward N. Avery of Dunmore and Baylor's Lake.

As a sophomore at Dunmore High School, Terry first met her future husband, then a senior (and precociously gifted trumpet player) at St. Patrick's High School in Olyphant. They formed an instant bond over the big band music of Stan Kenton, and maintained a romance for the next dozen years even as Brennan enlisted (in 1947) in the 109th Infantry Regiment of the United States Army's 28th Infantry Division, which took him in 1950 to service in Germany, and still later, Officer Candidate School at Fort Benning, Ga.

For her part, Terry, after graduation in 1949, attended Marywood College, Fordham University and the Columbia University School of Social Work. Simultaneous with her studies, she sought out club performances by the jazz greats of the day. Dizzy Gillespie, Charlie Parker and many other musical legends signed her autograph book. In 1950, she started a career of almost 40 years with the American Red Cross, in its Scranton Chapter. From 1955 to 1958, she served in the New York Chapter. She always counted 1956 as her busiest and most memorable year, thanks to working on teams focused on disasters such as the sinking of the SS Andrea Doria and the Hungarian Revolution. Terry and David married in 1959, at St. Patrick's Cathedral in New York. Returning to Scranton, her husband served until 1988 in the Pennsylvania National Guard and also taught history at Bishop Klonowski and Bishop Hannan High Schools until retirement in 1995, by which time Terry also was retired from social work.

In summer 1968, Terry helped chaperone 160 American high school students in a lively six-week study tour of France, Italy, Holland and England. Despite some unforeseen challenges, the trip inspired Terry to make dozens of return travels to Europe, most recently in 2017, when she spent six weeks with her daughter's family in Berkshire, England, with adventurous short trips throughout that country's southeast. Her home in the Green Ridge section of Scranton showcased what she most loved about British culture. Her last purchase, days before her death, was a spurtle, a Scottish stirring stick for porridge. Another passion was the world of fashion, an industry on which she remained impressively well-informed up to her last day.

In Scranton, Terry energetically volunteered for numerous cultural and civic associations, serving on several boards. Chief among her favored groups were the Friends of the Scranton Public Library, the League of Women Voters, the Friends of the Everhart Museum, the Little Theatre Guild of the Jewish Community Center, the Scranton Civic Ballet Company, and the United Nations Association of Northeastern Pennsylvania. Since moving to Green Ridge in 1965, she was active in many aspects of the life of St. Paul's Church, including its Altar and Rosary Society and annual Block Party staff. She also was a well-loved member of the Baylor's Lake community, where her stepfather had established a home in 1941.

The Frank M. Regan Funeral Home, 715 Linden St., Scranton, is in charge of arrangements, which due to the global health crisis are limited to family. Interment will be at the Cemetery of Our Mother of Sorrows Finch Hill in Carbondale. A memorial service is planned for July 2021. Charitable donations may be made to the Lackawanna Blind Association, 228 Adams Ave., Scranton PA 18503.

To plant trees in memory, please visit our Sympathy Store.
Published by Scranton Times on Oct. 24, 2020.
MEMORIAL EVENTS
No memorial events are currently scheduled.
To offer your sympathy during this difficult time, you can now have memorial trees planted in a National Forest in memory of your loved one.
Funeral services provided by:
Frank M. Regan Funeral Home
GUEST BOOK
Sponsored by Frank M. Regan Funeral Home.
1 Entry
Corey, Neal,Brigid and your families .Sorry to hear about your lost,your mother was a good neighbor and will be missed but will forever be in our prayers. Our deepest sympathy to you all
Patrick and Andrea Cooper
October 25, 2020