The Rev. Virginia A. Miner 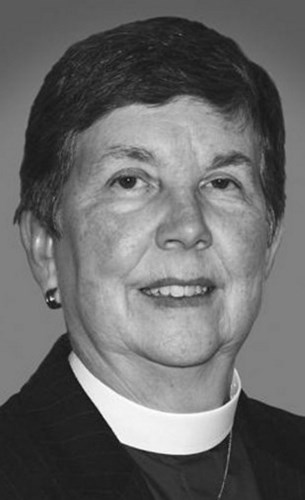 FUNERAL HOME
Robert E Decker Funeral Home
702 River St
Peckville, PA
The Rev. Virginia A. Miner, 59, of Blakely, passed away peacefully on Monday morning shortly after 9:30 a.m., Feb. 19, 2018, at Hospice of the Sacred Heart, after a 17-year journey with cancer.

Born in Montrose, Pa., she was the daughter of Robert E. Miner, who died in 2005, and Eleanor (Cobb) Miner, who survives. She attended Montrose Area Junior-Senior High School, where she was a dedicated member of the award-winning Meteors Marching Band. More recently, she also played her trumpet as a proud member of the superb Montrose Alumni Marching Band. She earned her B.A. degree in psychology/sociology/religion from her beloved Wells College in Aurora, N.Y., where she often regaled her friends with a rousing version of reveille in the early morning hours. After attaining her Master of Divinity from Princeton Theological Seminary, Virginia, she served faithfully and well as a minister in the Presbyterian Church (USA) for 33 years.

In 2016, she began service as the Transitional General Presbyter of the Presbytery of Lackawanna. A compassionate and wise leader, she befriended her colleagues in ministry, always ready to give a word of encouragement or helping hand, especially to young ministers just starting on their journey. She offered guidance and understanding during a time of transition in the Presbytery, a steady captain in changing seas.

The Rev. Miner served as a longtime leader of the Mid-Valley Ministerium, smoothing the path for ecumenical cooperation in the Lackawanna Valley. Her love for children was evidenced in her work at Camp Lackawanna, which spanned nearly 40 years, and encompassed tasks ranging from retreat cook to chairwoman. Always wanting to nurture young people, she taught religion and spirituality as an adjunct professor of theology at Marywood University.

An advocate for social justice, the Rev. Miner traveled to Nicaragua and later to the southwestern border of the United States. These trips affected her deeply, and she became a tireless voice for the poor and disenfranchised throughout her ministry. She also served faithfully as a member of the governing board of Stony Point Center, a Presbyterian conference and retreat center in Stony Point, N.Y.

In 2015, she was honored to be awarded the Gov. Robert P. Casey Medal for a Lifetime of Service by NeighborWorks NEPA. The award acknowledges individuals in the community who have faithfully invested their time and talents to better the quality of life in Northeast Pa.

Virginia loved the Chicago Bears, the beach and the outdoors, especially golfing and in earlier days, skiing. In her quest to visit every state in the country, she checked off 49 of 50 states. A person of great wisdom and intellect, Virginia enjoyed reading and amassed a collection of books over the years.

Most of all, she loved her family and friends, sharing her kindness, generous spirit and sense of humor. The Rev. Virginia Miner was a shining example of what it means to be truly alive, to be genuinely kind and to be a servant to others.

In addition to her mother, she is survived by her sister, attorney Natalie B. Miner, who lives in Central New York; and her brother, attorney James R. Miner, his wife, Dawn Miner, Ph.D., and dearly beloved nephews, Joshua and Nicholas, who reside in Northern Virginia. She is also survived by her closest friend, Margo Tomlinson; and her dog, Callie.

The family is grateful for the tremendous showing of care and support by so many. Calling hours will be held Saturday, March 3, from 4 to 7 p.m. at First United Presbyterian Church of the Lackawanna Valley, Peckville. A memorial service will be held Sunday, March 4, at 4 p.m. at Covenant Presbyterian Church, 550 Madison Ave., Scranton. Funeral arrangements are by the Robert E. Decker Funeral Home, Peckville. In lieu of flowers, memorial gifts may be made to the First United Presbyterian Church of Lackawanna Valley (1557 Main St., Peckville, PA 18452); and to NeighborWorks NEPA (1510 N. Main Ave., Scranton, PA 18508).
Published by Scranton Times from Feb. 21 to Feb. 25, 2018.
To plant trees in memory, please visit the Sympathy Store.
MEMORIAL EVENTS
To offer your sympathy during this difficult time, you can now have memorial trees planted in a National Forest in memory of your loved one.
Funeral services provided by:
Robert E Decker Funeral Home
MAKE A DONATION
MEMORIES & CONDOLENCES
27 Entries 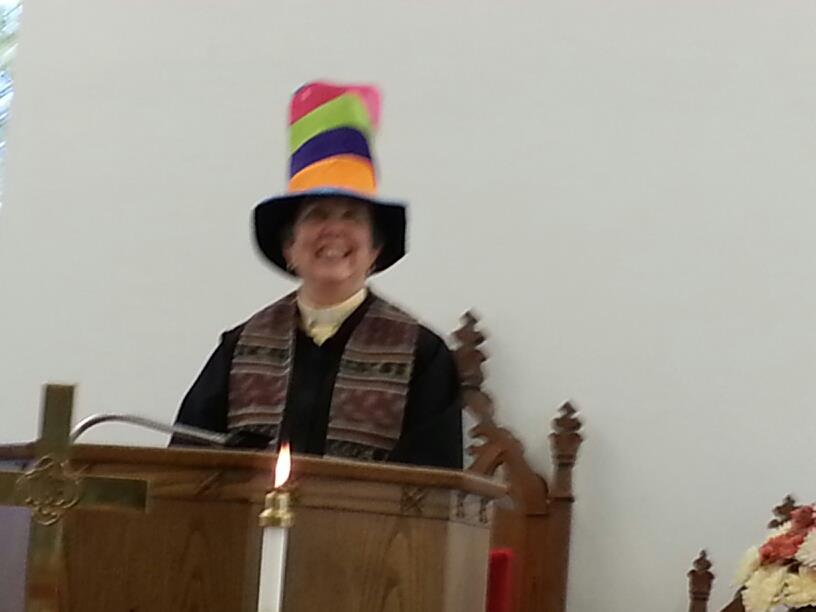 VA as she always signed posts is still missed today as the day she left us. The countless times she listened to my woes an came to visit my sick husband will always be in my heart. So missed, life has changed since she left our world.
Argia Caines
February 15, 2019
My sincere condolences to Rev. Virginia's family & friends. I am very grateful & truly blessed to know VA. I began as a student of hers. I was so intrigued by her personality, thoughts and the way she looked at things in perspective.I attended her church shortly afterwards. She was their for me in my good & bad times. She married my husband & I. She gave me strength to face my fears,and believed in me. She was the truest human being I've ever known.Very fascinating, compassionate, and loving person that I've enjoyed her company and will miss deeply.
Jennifer Hinkley
March 7, 2018
Virginia and I were students at Princeton Seminary. She kept things lively with her good humor. There was a unusual puzzle (spilled milk) for us to work on outside her dorm room at Brown Hall. We both did internships in NY state and would hike Buttermilk falls near Ithaca together on our days off. Virginia was a faithful friend and inspiration to all. What a blessing to know her! Heaven's getting crowded! The trumpets are sounding! Thanks be to God! Alleluia! Alleluia!
Rev. Katie Ward Stear
March 2, 2018
The world has lost a true servant, Virginia Miner, but heaven has gained a great soul. My sincerest condolences to the entire Miner family. Virginia was a gift to the world, and especially to those of us who loved her. God has her in his loving arms now. Well done, thou good and faithful servant. I pray our Father's peace and comfort for all of the Miner family.
Louise Smith
February 28, 2018
I had the pleasure of having Rev. Miner for two religion classes at Marywood. Her loss came as a shock and a deepened sadness. None of her students knew her health struggles, even as a nursing major she never shared her personal problems. The most humble, nonjudgemental human being I've had the pleasure of gaining knowledge from. I will never forget her passion, knowledge, and intimate discussions we all shared. I know her faith inspired many, including myself. May she rest peacefully with the Lord.
Rachelle
February 28, 2018
So very sorry for the loss. For a number of years the Miner family lived near us in Sanfordville outside of Montrose. She was a true servant of God. Rest In Peace Rev.Virgiia.
Ann & Temple Smith
February 28, 2018
Prayers of sympathy to Virginia's family and also to Pastor Margo. Prayers of rejoice for Virginia as she greets her new life.
Virginia shared times of sadness and events of gladness with my family and we thank God we had her aboard.
Janet Kitchen Borick
February 27, 2018
My condolences to Rev. Miner's family and friends while they mourn the loss of a wonderful woman. I was a student of hers at Marywood University and she truly left an impact on every student. I am thankful to have known her and to have learned about life and God from her. She will be truly missed.
Brittany Dosch
February 27, 2018 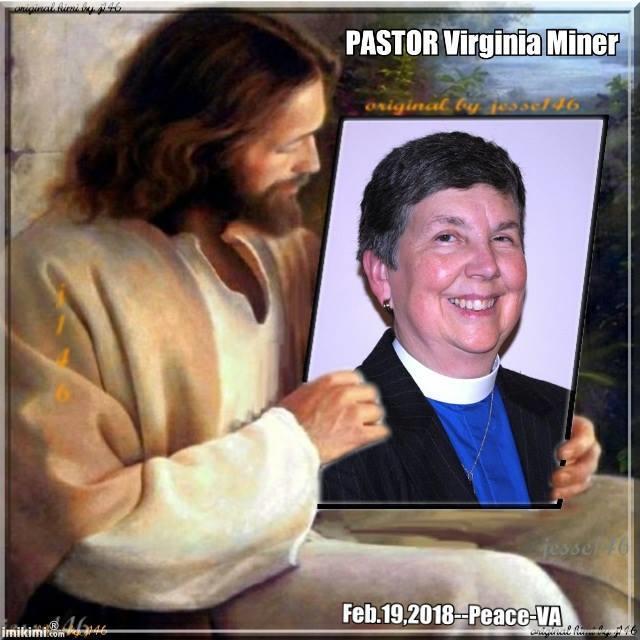