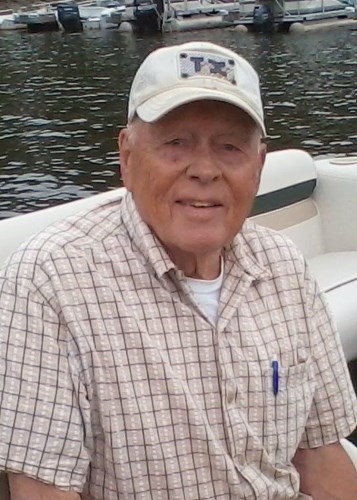 Walter Francis Kunz, 97, of Ledgedale and formerly of Dunmore, died Saturday at Wayne Memorial Hospital. His wife was the former Irene McAndrew, who died in 2013. The couple were married in 1948.

Born in Scranton, son of the late Rudolph and Beatrice Harwood Kunz, he was a graduate of Dunmore High School. He volunteered and joined the United States Navy, serving from September 1943 to February 1946 as a radarman on the USS Custer, a troop transport in the Atlantic Fleet, and the USS Tabora, a troop transport in the Pacific Fleet. He was also in the Naval Reserve until 1947. After his military service he worked for Bell Telephone Company in Scranton until his retirement.

He was an amateur (ham) radio operator and a master gardener at Penn State. His gardens continued to be his pride and joy. He also loved bowling along with his wife for many years in a few leagues until the age of 91. He will be greatly missed by his children, family, and friends. He was one of a kind. Fair Winds and Following Seas.

He was also preceded in death by his son, Mark Kunz.

For directions or to send the family an online condolence, visit www.jameswilsonfuneralhome.com.

Published by Scranton Times on Dec. 1, 2021.
To plant trees in memory, please visit the Sympathy Store.
MEMORIAL EVENTS
Dec
4
Calling hours
9:00a.m. - 11:00a.m.
James Wilson Funeral Home, Inc.
143 Gravity Road P.O. Box 7, Lake Ariel, PA
Dec
4
Graveside service
11:45a.m.
St. Mary's Cemetery
334 St. Mary's Church Road, Lake Ariel, PA
Funeral services provided by:
James Wilson Funeral Home, Inc.
MAKE A DONATION
MEMORIES & CONDOLENCES
Sponsored by James Wilson Funeral Home, Inc..
4 Entries
I visited Walter in 2019 on befalf of the Wind Mill Amateur Radio Group W3LTR as a member and fellow Ham as he was a member by association. Water and I had found much in common but offset in time. Both employed by the Telephone Company at different times and locations but much simular in backgrounds. As we say in Ham radio, Walter is now a Silent Key ,a device used in code communications. I wanted to visit him again but due to the Virius we had to put it off until a time he felt was safe. Walter, we know you will be watching us.
Kenneth Merring
Other
December 2, 2021
The world has lost a hero and is the lesser for it. You are blessed for having him for so long. My deepest sympathies to all.
Terry Stevens
Other
December 1, 2021
My condolences to the Kunz family.
Kathryn Dutko Smotryski
December 1, 2021
Rosemary, Irene, and the entire Kunz family: Please accept my condolences on the loss of your father. May He Rest in Peace!
Don Loftus
December 1, 2021
Showing 1 - 4 of 4 results