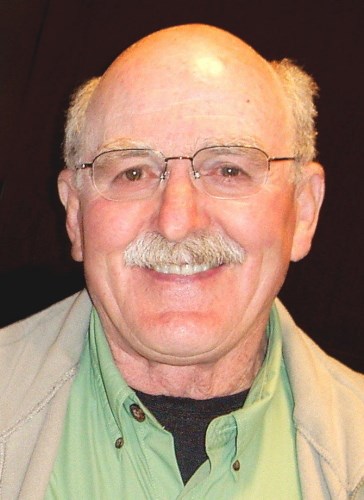 William L. "Buzz" Boomer, 84, of Clifford Twp., died Sunday at home with his wife, Sally Fischbeck, by his side. They shared 44 years together.

Born April 13, 1937, in Rochester, N.Y., he was the son of the late George and Grace Boomer. Buzz was a graduate of East High School, Rochester, N.Y. He earned a bachelor's degree in 1961 from Springfield College, Springfield, Mass., and a Masters of Education in 1963 from the University of Rochester (U of R). He served as the men's varsity swim coach and the director of recreation and intramurals, along with other coaching and administrative duties during his 30 years at the U of R.

Boomer was recognized internationally as a leading expert on swimming technique, winning numerous awards and lecturing around the world. He was the technique coach for the men's and women's swim teams at the 2000 Olympic Games in Sydney, Australia. He also worked with numerous Olympic swimmers and Division I teams from the 1990s until 2020.

His keen observational skills and analytic mind served him well, whether he was correcting a swimmer's stroke or problem solving how to build a log cabin. He had a great sense of humor and was an excellent storyteller, which helped him as a motivational teacher of life. Some of his happiest moments were spent working on projects, especially if they required using his tractor or chain saw.

As one former swimmer wrote: Bill's coaching extended far beyond the pool and he made us all better individuals, companions and community members. His impact was profound - in addition to the wisdom he imparted that lives within us, he exemplified how to lead a life well-lived.

He was preceded in death by a brother, Joseph Boomer.

As per Buzz's request, he was cremated and memorial services will be held at future dates.

A special thanks goes out to all the wonderful staff from VNA Hospice who helped to make Buzz's final months quality ones.

Arrangements are under the care of the Shifler-Parise Funeral Home and Cremation Services, Clifford, Pa.

To share condolences and photos with Buzz's family, please visit his book of everlasting memories at www.parisefuneralhome.com.

Memorial donations in Buzz's name can be sent to the Clifford Twp. Volunteer Fire Company, P.O. Box 10, Clifford, PA 18413 or made out to "the Boomer Endowment for Swimming," c/o Terry Gurnett, associate director of athletics, University of Rochester, Goergen Athletic Center, Rochester, NY 14627.

Published by Scranton Times on Jan. 13, 2022.
To plant trees in memory, please visit the Sympathy Store.
MEMORIAL EVENTS
To offer your sympathy during this difficult time, you can now have memorial trees planted in a National Forest in memory of your loved one.
Funeral services provided by:
Shifler-Parise Funeral Home - Clifford
MAKE A DONATION
MEMORIES & CONDOLENCES
Sponsored by Shifler-Parise Funeral Home - Clifford.
2 Entries
Very sad news. I will always remember "Coach" and how much he and UR swimming mattered to me.
Alan Davis
School
January 14, 2022
Heartfelt condolences to the Boomer family for their recent loss. May your cherished memories of Buzz bring gift of comfort & peace, along with a few smiles, in the days ahead. With deepest sympathy.
VNA Hospice and Home Health
January 13, 2022
Showing 1 - 2 of 2 results